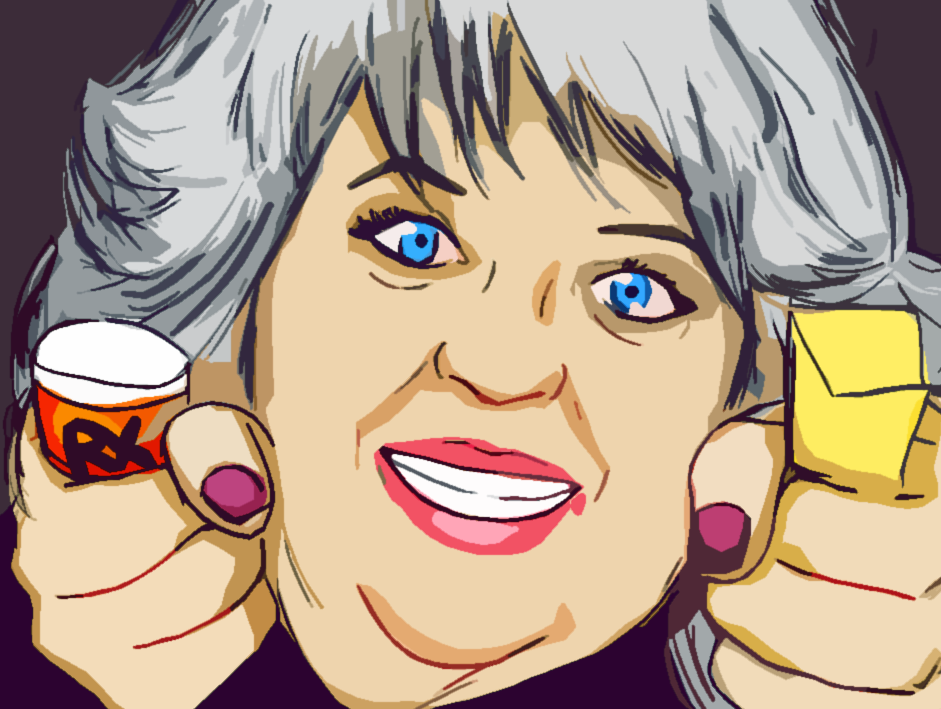 At the age of 61, Paula Deen, Food Network’s “Butter Queen,” was diagnosed with type 2 diabetes.

Diabetes mellitus type 2, also known as “adult-onset diabetes,” is a disorder of the metabolism where the body’s insulin becomes less effective at lowering blood sugar levels, or the body just fails to produce enough insulin to convert the sugar into energy.

With modern medicine and the ever-growing diet industry, it should be easier than ever to stay healthy. But according to the American Diabetes Association, the opposite is happening, with 8.3 percent of the American population suffering from diabetes in 2011, and another 79 million people characterized as “pre-diabetic,” at a high risk for type 2 diabetes.

Why are so many people being diagnosed as diabetic? It’s a complicated issue, as Time Magazine’s Christine Gorman et al. writes in the 2003 article “Health: Why So Many Of Us Are Getting Diabetes.” Some overweight and obese people never have to deal with insulin sensitivity issues, while others suffer from type 2 diabetes despite having a healthy outward appearance. Two things that have demonstrated success across the board are a healthy diet and regular exercise, which, while probably not preventing the disease altogether, have consistently been shown to lessen diabetic symptoms or prevent a patient’s condition from worsening.

The trouble with this fact, however, is how to define a diet as “healthy,” or to determine which kind of exercise is best. As the booming diet industry and February’s empty gyms show, many people are simply lazy about a healthy lifestyle.

The average American eats 156 pounds of added sugar a year, says WebMD Weight Loss Clinic writer John Casey. This sugar comes from processed foods like soda, juice, cereal, snack foods and desserts, many of which contain high-fructose corn syrup. This cheap alternative to cane sugar is easy to over-consume, since it finds its way into many foods that don’t really need such sweetness. In fact, since the original response to America’s obesity epidemic was the low-fat foods trend, HFCS may have replaced healthy fats in an attempt to make low-fat food taste better.

The low-fat foods trend may have done more harm than good. In a 2009 peer-reviewed study by Risérus, et al., dietary fat was shown to be helpful in preventing adult-onset diabetes. “Taken together, the evidence suggests that replacing saturated fats and trans fatty acids with unsaturated (polyunsaturated and/or monounsaturated) fats has beneficial effects on insulin sensitivity and is likely to reduce risk of type 2 diabetes.”

On top of this added sugar consumption, Americans eat carbohydrates left and right in the form of bread, rice, pasta, crackers and other foods. These complex carbs (yes, even whole grains) break down into simple sugars during digestion, which then flood the bloodstream and cause an insulin spike, inflammation and other problems, says Robb Wolf, author of the Paleo Solution Diet book.

Diets like Paleo, Primal and Keto are gaining recognition for faster weight loss, longer-lasting results and better overall health. Promoting a high-fat and low-carb lifestyle, proponents argue that sugar is a drug, if not a poison, and if Americans can end their sugar addiction and cook their grass-fed meat with healthy fats like coconut oil (or even butter) instead, the body can burn its body fat stores of energy and become a more efficient machine. The Paleolithic diet, which is described as the “original human diet” of meat, fish, fruit, vegetables and nuts (avoiding grains, dairy and legumes) has been shown to reverse the effects of diabetes in a 2007 study by Lindeberg, et al.

For an obese smoker with a high-carb diet, Paula Deen’s fatty treats probably kept her alive more than they killed her. This is especially demonstrated by the fact that she was not diagnosed with type 2 diabetes until the ripe age of 61, while childhood obesity is causing type 2 diabetes to appear more and more in children, says the Mayo Clinic.

While Deen’s shady pharmaceutical dealings leave a bad taste in many a mouth, let us not blame under-appreciated food groups like meat and healthy fats. Of course, the hardest part of staying healthy is giving up those sweet treats we all love.