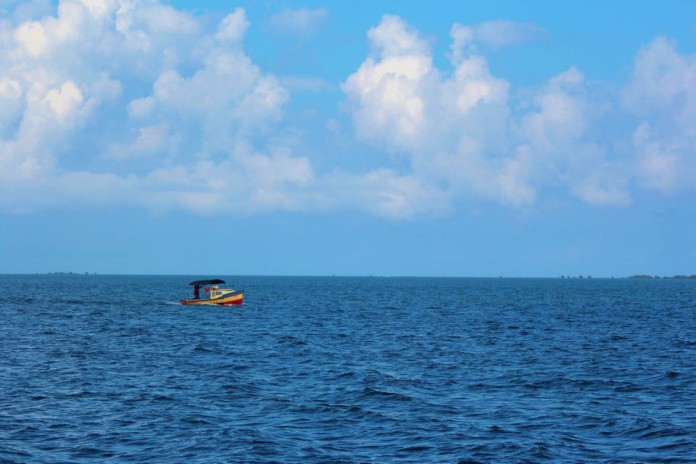 Since August of last year, the Santa Barbara Coast Guard has found over 20 Panga boats on the shores of the central coast of California. The boats are fairly large, and previous reports have said they are frequently used to smuggle drugs or illegal immigrants from Mexico to the U.S., and have the capacity to travel all the way up to the Bay Area.

Many have been abandoned along the coast of California, and there is still speculation over the items that were being carried over. In one instance, officials say they found “several life vests on shore,” suggesting that the boat transported people. Another was found abandoned most recently on Feb. 1 at approximately 8:12 a.m., informs Santa Barbara Edhat News. According to the Independent, it was seen floating about 200 feet offshore, and although it contained no passengers, there were a “number of life vests found on the shore [suggesting] around 20 people were aboard at one point.”

Authorities have seen a rise in the number of Panga boats being found further up the Southern California coast as those inside attempt to thwart reinforced security at the U.S.-Mexican border. As stated by The Independent, “The Department of Homeland Security is so good at stopping Mexican drug traffickers and migrants from crossing into the United States by land, say county and federal officials, that more and more people are now braving the ocean to illegally enter the country.”

These boats are sizable, running around 20 to 30 feet long, and are typically blue and white. They are commonly used by fishermen in developing countries but have become frequently used to smuggle drugs or immigrants from Mexico to the U.S. According to an article published on KEYT.com on Jan. 2, “the investigation is still in very early stages. It is unknown what was on the boat or how many people were on board.”

Law enforcement has begun to step in, planning to conduct more thorough and frequent beach patrols to look out for these boats. In fact, officials arrested 14 people off the coast of San Diego on Feb. 2, reports NBC, but the Santa Barbara Coast guard has yet to name any suspects.

In a statement, Public Service Officer Drew Sugars said he “cannot disclose any information or answer any questions, the case is under ongoing investigation at this point in time. It takes place on foreign waters, which means it has become an international issue.”

Sugars asks that any person with information regarding this issue come forward, or contact law enforcement if they see any suspicious boats in the ocean off Santa Barbara County.