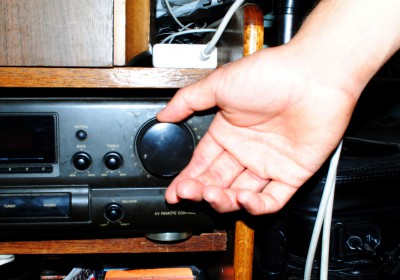 The Isla Vista Recreation and Park District held their monthly meeting Feb. 14 to discuss various issues affecting the parks and public areas of IV. The topics ranged from the construction of a storage shed to house park maintenance tools to the noise ordinance currently up for discussion among the board of directors.

The board, which represents a diverse mix of UCSB students and IV residents, helps to determine District Policy and guide priorities that affect the IV community as well as supervise the annual budget. The meetings are open to the public, allowing the residents to express their concerns on the issues addressed.

“I think it’s important to hear comments from the public because a lot of the time they have good things to say that we didn’t necessarily think about,” said Board Member Leif Dreizler.

The noise ordinance discussed at the meeting is a separate ordinance from the one restricting sound levels on DP and throughout homes in Isla Vista. The ordinance, Ordinance No. 2011-001, applies specifically to parks and other district property under the IVRPD’s jurisdiction. It intends to limit the level of noise within district properties, specifically after dark, and uses a permit system to allow specific events to occur and play music above the restricted levels.

The Nighttime Noise Restrictions that limit the volume of noise or music played, also known as 40-2 Co. Ord., applies to the unincorporated areas of Santa Barbara County and enforces restrictions on the noise level acceptable during specific hours. According to the Santa Barbara Sheriff’s County Department website, a “fine of $108” is charged upon a first offender.

The ordinance being discussed in IVRPD is still under debate. For a time, the floor was opened to public discussion and residents were given the chance to express their opinions and concerns regarding the ordinance.

“I’m opposed to this ordinance No. 2011-001 for many different reasons,” said Scott Day, a non-student resident of IV before explaining issues of vague wording and constricting rules. “It’s too restrictive in the times and decibel levels… I would admonish you to vote against this sound ordinance.”

Those who supported the ordinance as a whole still had problems with the logistics and incorrect wording that deviated from previous adjustments to the ordinance. A particular issue was the debate of property lines that would effect whether a person was offending the ordinance. After several minutes of debate, it became apparent for a call for changes to the ordinance and necessitated a rewriting, and a new first and second reading of the ordinance was scheduled for the next meeting in March.

The ordinance has been discussed in the IVRPD for several months now and this rewriting will further prolong it coming into effect. For those interested in voicing their opinions and learning about the IVRPD, meetings are held at 4 p.m. every Thursday at 961 Embarcadero Del Mar, next to Pita Pit. The board members actively encourage residents and those wishing to get involved in their community to attend.