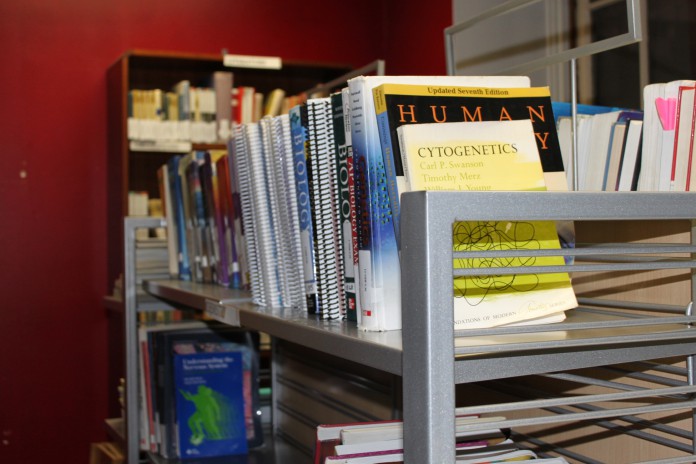 On April 23, the United Kingdom started a tradition that hopes to continue long through the future. World Book Night, celebrated on the day of Miguel de Cervantes’s birth and Shakespeare’s birth and death, takes a unique and inventive approach to promote a love of reading. The event has gained recognition since its premiere last year and is now recognized throughout Germany and the United States.

A subsequent number of people in the U.S. have an appreciation of good books although America does relatively well in terms of literacy rates. According to a 2003 study by the National Assessment of Adult Literacy, around 86 percent of the adult population can read at a basic level or above. Unfortunately, not enough people are aware of these statistics. An increase in reading for pleasure, as well as promoting literacy as a whole, is exactly what World Book Night hopes to address.

“World Book Night is an annual celebration designed to spread a love of reading and books,” said the official website. “Through social media and traditional publicity, will also promote the value of reading, of printed books, and of bookstores and libraries to everyone year round.”

The process is very simple, as well as effective on both a local and national level. To begin, 30 popular and critically acclaimed authors donate paperback editions of their book. Volunteers, known as “givers,” then pick up copies of their selected book from independent bookstores and libraries and hand them out to individuals. It is common for volunteers to choose places like prisons, women’s and homeless shelters and nursing homes as locations to pass out books, as the people there are less likely avid readers.

Sharon Hoshida, a Santa Barbara local, signed up to volunteer for the event this year. Hoshida has done a lot of work within the University of California Santa Barbara community, as well as in local politics. Most notably, she has worked with the UCSB Women’s Center and had a grant founded in her name that provides emergency funds for single parents at UCSB. She heard about World Book Night last month at the American Bookseller’s Conference in New Orleans and was excited by the a great idea.

“I like how the project encourages reading on a person-to-person basis,” Hoshida said. “The whole purpose is to get people to read who might not otherwise.”

In order to appeal to people of all ages and interests, the books being given out at World Book Night cover many different genres. There are classics such as “The Kite Runner,” “I Know Why the Caged Bird Sings” and “The Things They Carried,” as well as more recent popular novels like “The Namesake” and “The Hunger Games.”

Hoshida plans to give out books to individuals in the Westside Boys and Girls Club in Santa Barbara, a group that helps disadvantaged youth. Her selected book is “The Absolutely True Diary of a Part-Time Indian” by Sherman Alexie, the story of a boy growing up on a Spokane Indian reservation.

“I think this will be a book that they’d be very willing to pick up and read. It reaches out to a young audience, and it’s a way to introduce people to books who otherwise don’t read often,” said Hoshida.

If World Book Night continues to gain recognition in the future, it has the capability to tremendously improve literacy and appreciation for books. A lot of work has been put into the event, and with any luck it will all pay off.
“It’s quite an effort,” Hoshida said, “and I’m very excited to be part of it.”