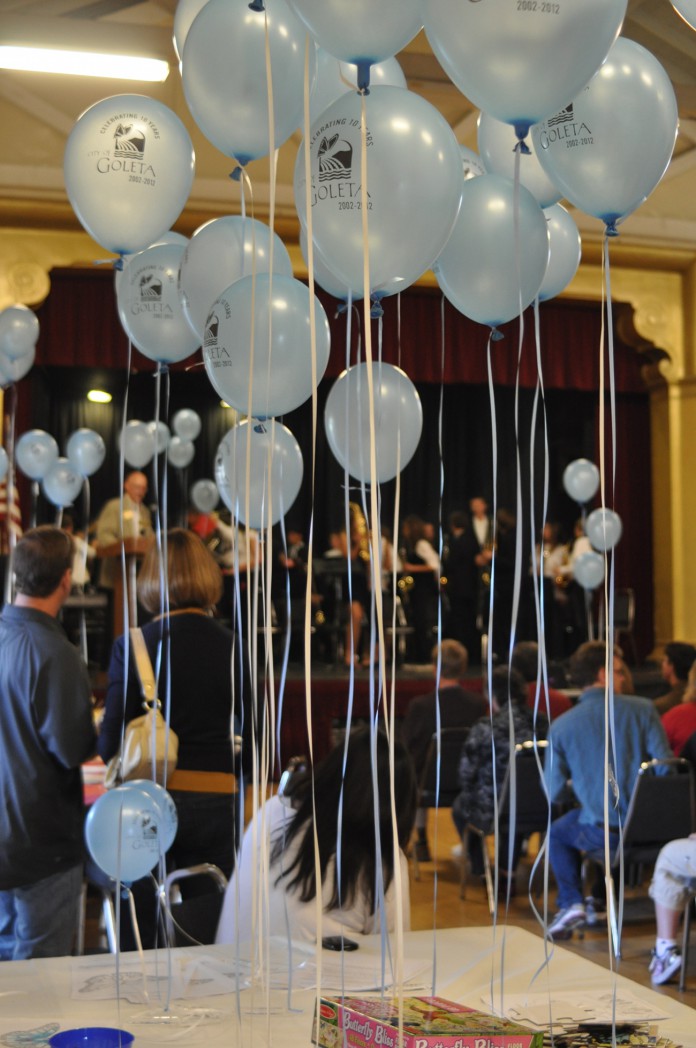 The City of Goleta celebrated its 10th birthday with an event on Feb. 12 at the Goleta Valley Community Center on Hollister Avenue. The free event welcomed everyone to come out and celebrate the City of Goleta. The celebration included music from the local schools Goleta Valley Junior High Band, the Dos Pueblos Jazz Band and San Marcos High School Madrigal Singers. The party was celebrated by screening a slide show of pictures, a historical display of the city, kid-friendly activities and cake for everyone to enjoy.

“The event was hugely successful,” Public Information Officer Valerie Kushnerov said. “The community auditorium was packed with lots of people of different ages to celebrate and listen to good music.”

Many people who came out to attend the event greatly enjoyed it so much that the party lasted until about 3:45 pm. The music was still playing and people did not feel any rush to go home. People joined together in celebration and had a good time honoring the City of Goleta’s 10th Anniversary.

“On a scale of one through 10, I would say it was a nine and a half. The room was just about full of people and overflowing out the door and people got to hear a lot of tremendous music,” said Goleta Mayor Ed Easton.

Each month the city hosts a different theme to spread awareness about the variety of aspects of life in Goleta. For the month of February, on Feb. 14 there will be an online network event called “Next Door: Know Your Neighbor, Love Your Neighbor.” According to Kushnerov, it will be like a Facebook for neighbors, allowing people to interact with each other in an online forum. The neighborhoods will be mapped out and people can talk with one another as a way to get to know the people in their neighborhood and community.

“It will allow people to interact with communication on a micro level,” Kushnerov said. “It is an exciting event and such a great resource to have so people can exchange and share general information about emergency contacts, find babysitters, and for people to get to know their neighbors.”

“If it helps people talk to their neighbors about a problem they see or questions they have then it will be a good thing,” said Easton. The mayor also cited crime-prevention as a benefit of this online network, seeing it as a place to report crime when residents are unsure of what to do. “People often see crimes but don’t have a place to report them so it can only benefit our community.”

The City of Goleta wants to encourage a much more “engaged, vibrant, and happy, well-adjusted community” for its citizens, according to Kushnerov. The City Chamber of Commerce is also hosting an open house event next month on March 8 and later in April will be a celebration for Earth Day.