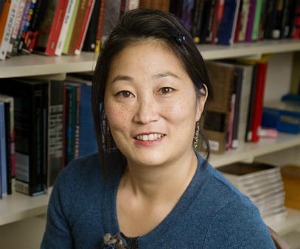 The discussion “New Racisms, Sexisms, and Homophobias in Video Game Worlds,” lead by Professor Lisa Nakamura, explored of the effects and implications of racism, sexism and homophobia in video game communities on Feb. 7 in the MultiCultural Center.

Gamers often face being insulted and harassed in game because they are perceived as being a minority, female or queer. Women are often told, “Make me a sandwich!” or “Show me your tits!” “Faggot” as well as “the n word” have also become common place insults in some parts of the video game community. Sometimes, people will either be dismissed as poor players or be actively targeted in game, even by teammates, because they are perceived as a member of one of these groups.

“I was kind of surprised that people would base gamer’s skill level on ethnicity and gender before even seeing them play,” said Dustin Henderson, a first-year computer science major, after the discussion.

Nakamura and others pointed out that a major reason for this behavior is linked to anonymity. There are often little to no consequences for such behavior in online games, especially since no physical confrontation is needed to bully people in this manner.

Nakamura brought up Quinton “Rampage” Jackson, mixed marital artist and actor, as an example of this. He was driven away from the Halo community because of the harassment he would receive since people would recognize his voice as black. In a video interview shown during the discussion, he said that it would be unlikely he would receive such treatment if he were directly next to his fellow players.

“I didn’t know that people would be so racist that they would [attack in game] their own teammates because they are black,” said Ian Ockley, a first-year physics major.

Another problem brought up by Nakamura was that the perpetrators often do not accept responsibility for their behavior. For instance, a player with gamer tag, “Knee Grow H8T3R” on Xbox tried to appeal his ban not on the grounds that he wouldn’t do it again or that he regretted his actions, but because that he had sunk money into the account.

Additionally, Nakamura said that video game companies tend to be ineffective at preventing discriminatory behavior. Many of these communities continuously moderate, and people on the Internet have a tendency to subvert broadly applied rules. These companies also hesitate to create more restrictions in their games fearing that creating too many limitations would drive away customers.

Later on, Nakamura showed how a person who made the handle “xxxGayBoyxxx” in Halo was repeatedly called “faggot” and had related sexual insults hurled at him at various points in the game.

Another participant suggested that telling the average gamer (who is typically a straight white man) that they are gay is one of the only ways to insult their masculinity.

Though many problems relating to online harassment were brought up, Nakamura also cited ways in which users attempted to curb such behavior.

In some situations, users can create servers for certain games where they can moderate their own rules. For instance, some Christian Counter-Strike servers ban offensive language, including racist, homophobic and sexist slurs. However, it was mentioned that some games, such as Halo, operate in such a way that do not let users create their own servers.

However, Nakamura mentioned that considering the disparities in income and education levels, it would be more problematic for these groups who are often victimized by this behavior to create servers.

“It is the very people who are getting victimized the most who have the least ability to create those alternative infrastructures for themselves,” said Nakamura.