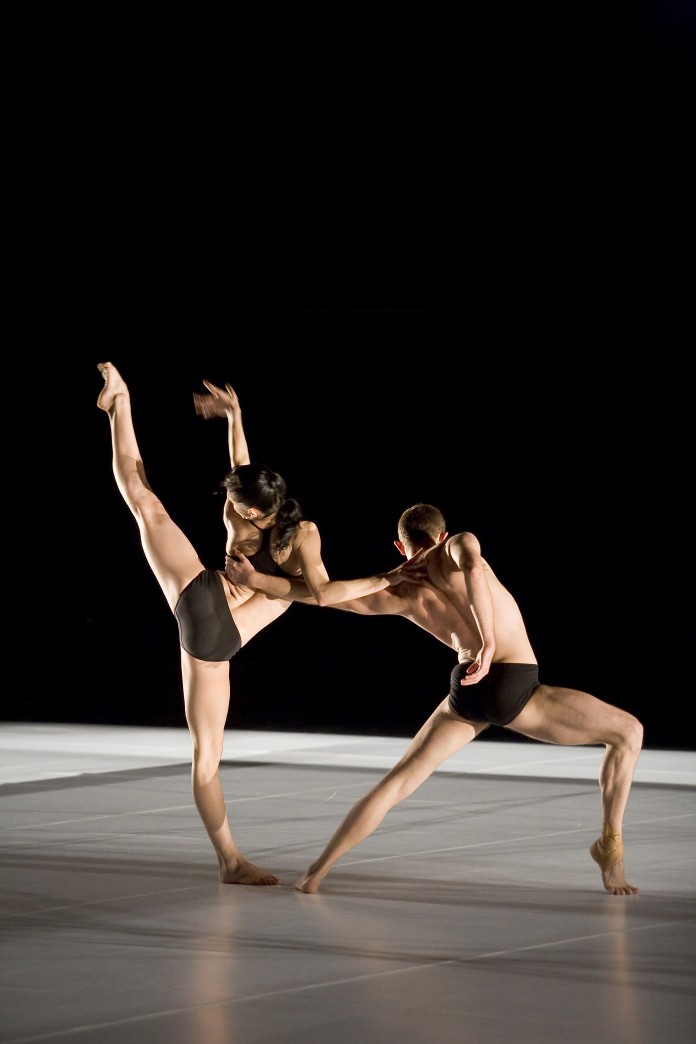 Wayne McGregor | Random Dance Company presented the piece “Entity,” which features a fascinating exploration of organic and alien movement form, at the Granada Theater on Feb. 15. The seamless physicality of the dancers, which was amplified by an energetic modern score, held both artistic and popular appeal.

“Entity” examines relationships between beings, showcasing visually striking bursts of energy and changes in dynamic. The set design consisted of giant moveable panels that created a spaceship-like effect, which further reinforced the alien qualities of the movement. Footage of running animals, skin and abstracted patterns projected on the panels contributed to the enigmatic atmosphere.

Those who stayed after the performance to hear the dancers speak also gained insight into the heavy level of thought and intention that goes into the choreographic process. The prolific group’s choreographer himself, Wayne McGregor, was not able to make an appearance because he was premiering his work for the Joffrey Ballet that same evening.

Cutting-edge scientific research is the basis for the choreography of “Entity.” At the beginning of the creation process, cognitive scientists lectured the dancers about different ways of thinking and pathways of thought. The dancers then worked on translating these concepts into an innovative movement vocabulary. This involved building images in the mind about dance, a more complex approach to generating choreography than simply setting movement to music.

“What we do with the scientists is really try to expand the way we respond to commands,” said company dancer Jessica Wright. “We push ourselves to work in a more interesting way… get a more unusual language of the body.”

The dancers also revealed that there was an improvised component to the dance performance. In three structured improvisation sections in “Entity,” the dancers would generate their own movement spontaneously onstage in response to specific tasks set by McGregor. During one of these improvised sections audience members seated near the stage heard the dancers shouting commands to each other (such as “unstable,” “behind,” “initiates,” “off-balance,” “surface” and “measure”) and then saw the dancers respond to these commands through movement. The dancers said that even in the pre-choreographed sections of the dance composition there was an emphasis on the dancers’ own signature interpretation of the sequence.

The wardrobe for the dance was kept to a bare minimum.

“We endorse the physicality of the human body and we really try to show it off,” said Odette Hughes, rehearsal director and associate director of the company.

The hour-long show took 10 weeks to create, with the company working eight hours a day, six days a week. The Santa Barbara audience warmly responded to the product of this labor.

“I thought that the dancers had an organic, pulsing movement vocabulary,” said fourth-year art history major Kai Landworth. “The dance brought you into this almost dream-like state, like undulating bodies of effortless rippling movement.”