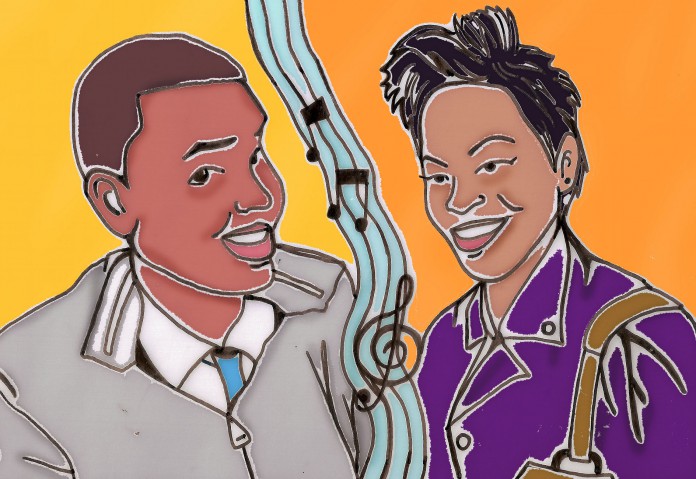 Chris Brown and Rihanna surprised fans and critics alike when they simultaneously released remixes of their new singles that featured each other on Twitter last week. Following the controversy over Chris Brown’s performance at the Grammy’s three years ago, after having beaten his then-girlfriend Rihanna, the two stars have once again shocked their audiences by collaborating on two songs. Although their collaborations may suggest that the two stars’ relationship is heating up again, they still have their fans guessing. Is this a sign that the two are trying to work things out, or is it just a publicity stunt meant only to benefit the two professionally?

Critics fear the message Rihanna is sending to young women by working with the man who abused her, but her mentality lately has been not to care what anyone thinks of what she does. This has been a change since her original commitment to inspire women to get out of abusive relationships. Last year she decreased the restraining order she had against Chris Brown because she didn’t want it to affect him professionally, a move that shocked many fans. Now the two are working together and embracing the controversy surrounding what they do together.

For all the hype around the release of the remixes, the songs themselves are rather anticlimactic. Each song was leaked by the artists on Twitter, a sensational release that got fans curious.
First Rihanna tweeted, “@chrisbrown Turn up the music remix #RihannaNavy #Teambreezyenjoy!!!,” linking Chris Brown’s song for followers to listen to.

The remix of “Birthday Cake” features Chris Brown serenading Rihanna in a purely sexual manner. The song lyrics consist of a series of thinly-veiled double entendres that leave little to the imagination. If it weren’t for the sensational nature of their relationship, the remix would be just like any other hip-hop song about sex.

The only really interesting part of the song is what it may imply about the two pop stars’ relationship. Do they really want to get back together? Is this song a demonstration of their feelings for each other, or are they just making music?

In contrast to “Birthday Cake,” the remix of Chris Brown’s song “Turn Up The Music” leaves the listener with far fewer questions. It’s an upbeat song that is great to dance to, but their collaboration doesn’t seem to speak to their relationship. If anything, the artists’ collaboration on “Turn Up The Music” implies that the two artists only care about the music they are creating, not what working together means for them personally.

Overall, the release of these two songs doesn’t seem to mean as much as one would think. So far there is no sign of the two rekindling their relationship, and their work together seems merely professional.

“It’s just music- two talented people doing a record together, doing two records together, and that’s what it was,” said Rihanna’s producer in interviews recently.

Because so much of their music is about sex and relationships, it’s easy to confuse their work as being of a highly personal nature. However, it seems their collaboration was just the natural next step for them professionally, if not personally, in terms of trying to move on from the past.