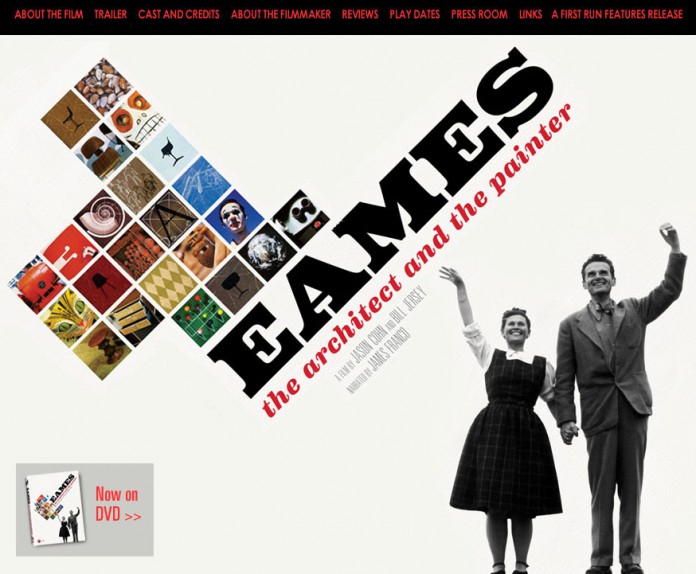 The film “Eames: The Architect and the Painter” is a charming and inspiring look inside the life of a talented designer duo. This documentary, which will screen at University of California Santa Barbara’s Pollock Theater on March 4 at 1 p.m., documents the professional and personal partnership of Charles Eames and his wife Ray Eames. They were two enormously influential designers of the twentieth century, who together produced the famous Eames chair and managed Studio 901, which became a creative hub for American designers. The film is a must-see for aspiring visual artists, designers as well as those who appreciate an innovative, quirky approach to everyday existence.

Charles and Ray Eames combined lighthearted playfulness with wholehearted dedication in their work, which was simultaneously commercial and artistic in nature. The duo first attained prominence by designing the innovative and enormously popular Eames chair, a modernist creation meant to bring affordable comfort to the masses. Its sleek shape and aesthetically-pleasing functionality inspires designers to this day.

As the title of the documentary alludes, Charles was originally an architect, and Ray was a painter. They successfully combined their creative forces to run a highly successful and prolific design studio in Venice, California.

“For them these names like ‘painter’ and ‘architect,’ they weren’t job descriptions, they were ways of looking of the world,” said grandson Eames Demetrios about his grandparents’ passion for design and art.

Motivated by this inquisitive nature, they created a plethora of innovative designs, films and exhibitions, while working on corporate and government projects.

Charles was a charismatic visionary, while Ray was a detail-oriented perfectionist with a remarkable eye for discovering art. Together, they managed to combine mass production with artistic expression, bringing beauty to the public. Their slogan was, appropriately, “the best for the most for the least.”

The documentary inspires by presenting these artistic visionaries at work. Their spirit of play, constant exploration and attention to detail encompasses the essential aspects of being successful in any field. By highlighting their quirky personalities, the film allows the viewer to relate on a personal level to the Eames’ and their earnest enthusiasm for their work.

Designers were honored to work in the Eames’ 901 Studio in Venice, California. It was described as “Disneyland” by those who worked there because of the spirit of playful exploration it epitomized.

Underscoring the profound personal connection that they shared, Ray Eames actually died on the exact 10-year anniversary of Charles Eames’ death, in an ultimate artistic tribute to their tremendous partnership. The film successfully captures the remarkable nature of this partnership without idolizing or idealizing the individuals involved.

The footage of their work is truly fascinating, and inspires the audience to examine everyday objects in an artistic light.

The film runs 84 minutes. The screening is part of the Art | Architecture on Film series sponsored by UCSB Arts & Lectures, the Carsey-Wolf Center, and the UCSB Museum. Admission is $5 for UCSB Students and $10 for the general public.