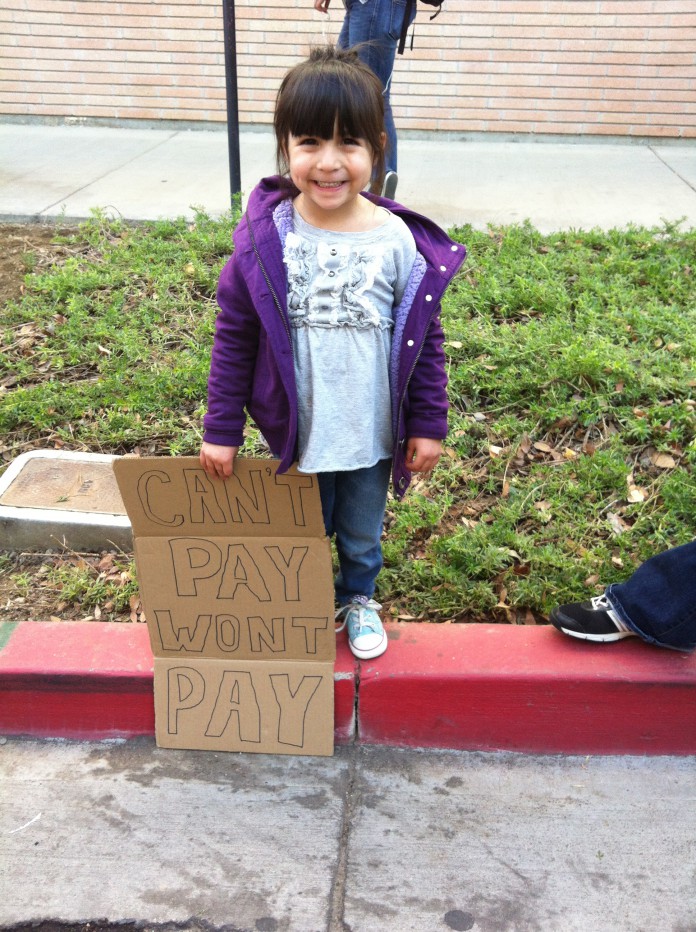 The term “budget cuts” has become standard in many University of California supporter’s vocabulary as funding for the public higher education system continues to decrease. Over the last year alone, California legislation reduced public higher education by $650 million, according to the advocacy network UC for California. In addition to these cuts, “trigger” cuts are to be made in the UC’s 2012-2013 budget.

Patrick Lenz, vice president of budget and capital resources for the University of California, responded to concerns raised about the decline of funding for California schools in a special budget teleconference held on Jan. 11. The teleconference, which was open to anyone who was interested in listening in, outlined the universities’ funding challenges, the steps being taken by Gov. Jerry Brown in dealing with the cuts, and the trade-off options that are to be presented to the Regents for the 2012-2013 budget.

Lenz began the conference by detailing the steps taken with UC funding in the 2011-2012 budget and then later comparing those prior cuts to the cuts that are planned to be made in this new year.

“The state general fund for the UC California is now at $2.27 billion. This is the result of a mid-year state general fund reduction of $100 million,” Lenz said. “It is a permanent reduction at this point in our budget, although we have indicated to the administration…that if it is at all possible, we would certainly like to see this as a one-time reduction.”

In the 2011-2012 academic year, University of California’s campuses were able to remain stable after these reductions without needing to make further cuts or raising student tuition. However, Lenz doubts that the universities will be able to sustain themselves if the funding reductions remain in the future academic years.

“For the 2011-2012 year we’re able to manage this [the budget reductions] without additional cuts to the campus and additional tuition increase, but if [the reductions are] permanent going forward, we will not have the ability to do that,” Lenz said.

The total financial reduction to the campuses is totaled to $1.1 billion for the past fiscal year. Preventative steps are being taken to protect the finances of the universities as well as to soften the blow of the previous cuts.

Gov. Brown’s current revenue initiative brings optimism to the fiscal fate of California schools as it would increase education funding dramatically. “However, if the measure fails to be passed by voters more cuts will have to be made to public schools,” says Brown. According to UC for California, schools are threatened to potentially lose an additional $750 million “if tax revenue projections aren’t met.”

“It’s concerning that the budget cuts are happening. I’ve lost TAs as a result of it and it’s gotten harder to get into classes because they’re so impacted,” second-year computer engineer major Trae Washburn said. “It’s helpful that Vice President Lenz is laying out the facts for the general public though. People should be aware of the numbers.”
Lenz also shared with the public the long-term plan to maintain the financial stability of the UC system. This includes a four percent base budget growth as well as block grant funding.
It is predicted that higher education will have another tuition increase, despite the protests and the disapproval of some of the public, but the hope is that it will be “modest, predictable, and affordable” in order to “lessen the pressure for burdensome student loans [and] debt.”

To hear a recording of the teleconference with Vice President Patrick Lenz, visit .