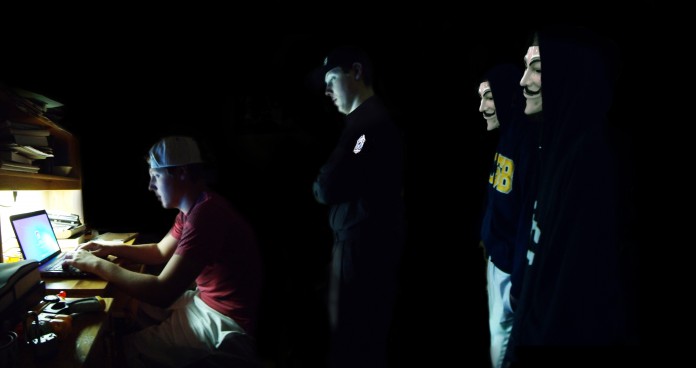 Megaupload and Megavideo were taken down two weeks ago after being charged by the Department of Justice with copyright infringement, racketeering and conspiracy to commit
money laundering. The removal came the day after online protests halted the progress of the now infamous bills against online copyright infringement, SOPA and PIPA.

The content-sharing websites received over 50 million hits a day before being taken down. Four company executives, which included Megaupload’s founder Kim Schmitz, were arrested and accused of having known their site was allowing copyright infringement.

In Virginia, a federal court ordered the seizure of 18 domain names associated with Megaupload and seized over $50 million in assets. The Department of Justice called the seizure “among the largest criminal copyright cases” ever taken on by the United States government.

In the blogosphere, several sites (and millions of more users) are aware their pages may involve illegal downloading. However, under the Digital Millennium Copyright Act of 1998, Congress allows online service providers certain loopholes in regards to copyright infringement liability. As long as the online service providers remove the illegal material through a “notice-and-takedown” system and delete the accounts of repeated offenders, they can not be held accountable or sued. This is what allows YouTube to function and why you get that frowning face when a video has been removed.

The close proximity between the halting of SOPA and the removal of Megaupload has led some to speculate they are connected and is the government’s way of saying copyright infringement will not be tolerated regardless of the condition of SOPA.

“You think it’s a coincidence that the feds shutdown Megavideo a day after the Web sites blackout protesting the bills?” said freelance web producer James Buran.

Kayla Sikes, a second-year at Cabrillo College in Aptos, Calif., also believes the timing is strange.

“I ?nd it pretty auspicious timing that the Department of Justice declared its charges against a major ?le-sharing site the very day after thousands of people protested the increase of government control over the Internet,” Sikes said. “I don’t think that timing is coincidental. I think it’s a pretty contrived way of sending the message that Congress will ?nd a way to bow to Hollywood lobbyists, and if it can’t do that through new bills like SOPA and PIPA, it will do so through channels that are already legal.”

Anonymous, an online group most easily recognized by their Guy Fawkes masks, also reacted to the government take-down of Megaupload. Just a few hours after the site changed from downloadable entertainment to an FBI banner declaring that “this domain name associated with the website Megaupload.com has been seized,” Anonymous began attacking public websites. These included the Justice Department, Universal Music and other trade groups representing both the ?lm and music industries. It’s believed these sites were targeted specifically due to their backing of SOPA and PIPA and all are now back online and functional.

A site unaffiliated with Anonymous, though the name misleads otherwise, arose on Jan. 23 under the name Anonyupload. The site says, “We are not [an] Anonymous Member, but we defend the anonymity,” and appears to offer ?le-sharing services similar to Megaupload. The site is not currently fully functional, but they are asking for help from users to buy server and disk space. Anonyupload claims it does not want to become Megaupload’s replacement.

“We will do our [best] possible to keep expanding it,” the site states.“…but let’s try to not get into a huge system that only works with money. Remember, decentralization.”

With SOPA and PIPA postponed indefinitely in the House and Senate, the potential for events similar to what happened to Megaupload rests in the hands of the federal government.
File-sharers beware.