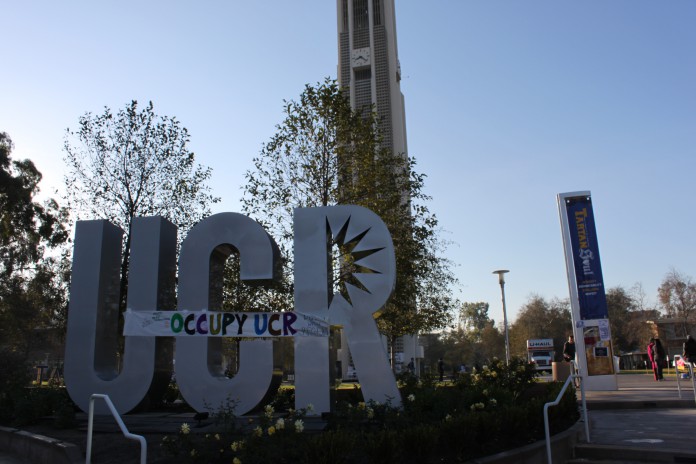 “You’ve identified the difficult fiscal times we have in the state of California, yet we in this city and this region believe the choice of having a medical school at UCR is not a difficult choice,” stated Loveridge.

After the Board of Regents approved the development of a UCR School of Medicine in July 2008, a founding dean was recruited to oversee it, partnerships with regional hospitals and clinics for student rotations and residencies were established and it now currently seeks accreditation before the actual building of the school can begin. However, due to continuing state budget cuts and lack of state funding for the University of California, plans for completing the development of the UCR School of Medicine and enrolling its first class of students in August 2013 have been put on hold.

“With regard to budget shortfalls and challenges, I feel your pain on a daily basis,” said Wally Rice, chairman of the Citizens University Committee, an organization seeking to create awareness and relations between UCR and the Inland Empire. “In spite of that, the Riverside County Board of Supervisors has committed $10 million to this project, and it is now time to see the medical school open its doors.”

Connie Ransom, a Riverside realtor and past chair of the CUC, described the creation of a UCR School of Medicine as the single greatest issue with unanimous support amongst all members of the Riverside community, despite the hurdles of accreditation and state financial support currently facing it.

“Thank you again for putting the UCR School of Medicine in your budget, now carry the ball across the finish line,” said Ransom.

Andrea Deleon, a UCR alumna and member of the CUC, stated that the Inland Empire faces a “severe shortage” of doctors and currently has only one doctor for over 1,000 people in the region, a statistic she considers worse than some third world countries.

“Statistically, physicians will set up facilities where they train and do their residency,” added Deleon. “Each new doctor is a million dollar return on your investment in our county.”

Cindy Roth, CEO of Riverside’s Chamber of Commerce, said she believed addressing the Inland Empire’s need for doctors should be the community’s top priority. Yet the ready-made solution of creating a UCR School of Medicine in order to produce more locally trained doctors is hindered by the inactivity of the Board of Regents.