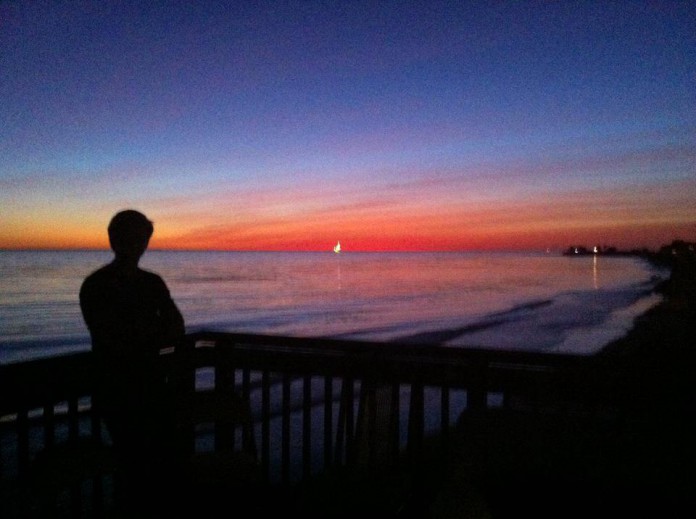 “So you guys don’t like us, right?” I was greeted one day, after introducing myself as a French student spending a year at Santa Barbara. If answering “In that case I would have been to Canada” dissipated any misconception about my personal feelings, it still triggered this nagging question; are we, American and French, really like cats and dogs?

As a student at the Paris Institute of Political Studies (SciencesPo Paris), I was required to spend my junior year abroad. After a short period of hesitation between Italy and the U.S., the New World eventually stood as my definitive choice. But that was the easy part, as I still had to select one option out of 70 American partner universities.

Apart from a rather cheesy ‘80s eponymous series, Google didn’t provide much insight about Santa Barbara. It was however more telling when it came to University of California Santa Barbara and the campus itself. Indeed, for a Parisian whose closest access to the sea is the inglorious English Channel, studying on a campus right in front of the beach seemed quite valuable. So I ended up here, wondering about the relevance of this French-American bias.

It’s true that French-American relations are punctuated by misunderstandings, and sometimes resentment. It was not random if in 1945, in the aftermath of the Allies liberation of Europe, the U.S. Army issued a booklet for its soldiers aimed at curbing growing tensions. Called “112 gripes about the French”, it addressed their concerns on matters such as why the French “don’t invite [them] into their houses” or why do they “rub [them] the wrong way”.

Still today, it is commonly admitted that American consider the “frogs” lazy, unreliable – and often dirty –  vain people that think that wearing a beret is stylish, while on the other side of the ocean, French love to mock American supposed arrogance, lack of culture and critical mind. For sure, the war in Iraq has all but softened this relationship.

But in light of a longer historical time line, the French-American bias might not be so deeply rooted. At a time when the U.S./U.K. “special relationship” was nothing but a state of war, the first country that helped the American colonists fighting for their independence were the French, and a grateful Thomas Jefferson returned the favor by supporting the French Revolution even during its darkest and most sanguinary moments. Likewise, the Statue of Liberty,  the most famous illustration of America’s upstanding commitment to Freedom and Democracy, was offered by the French in 1886 as a way to celebrate both the declaration of independence, and the enduring friendship tying these two people.

Besides, my personal experience so far has all but supported this myth. Indeed, I have been able to witness a genuine curiosity towards French culture from most of the American students I met here. Not to mention the strong interest that many of my roommates have displayed in free French lessons.

Thus, to all of these students who plan on going abroad during their studies I would say: go the French way! You will for sure get as much fun as I get from being here, discover a fantastic language, and will finally know what it is to eat real bread. Some may wonder though: what about all these American tourists visiting France who complain to be regularly brushed-off when asking directions? Well, America, keep in mind that having a tendency to send strangers packing is not about being anti-American, it’s only about being French.