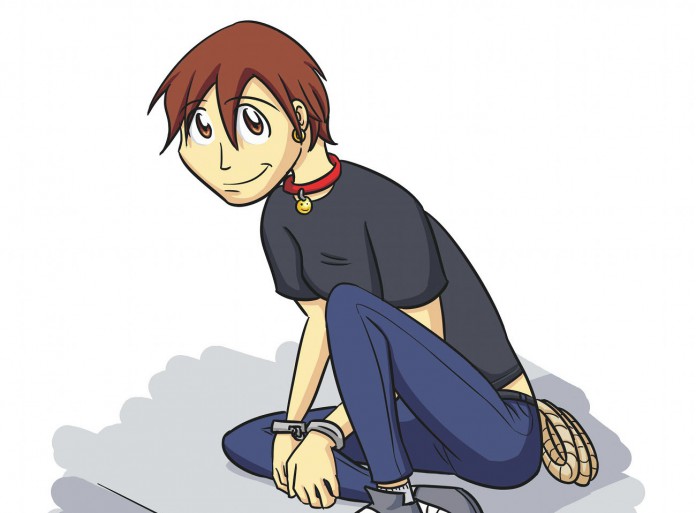 College is a time of experimentation and Isla Vista has its reputation for wild nights and debauchery. But some of its wildest antics occur behind the doors of the people you would least expect. A common saying, “It’s the quiet ones you’ve got to look out for,” holds true for the kinkiest of the Gauchos. The population has created a community of their own: Kink University Fetish Fellowship, the only club of its kind on campus.

“IV is notorious for drunken and unsafe sex,” said the club’s Vice President. “If there is any alcohol in your system, you cannot legally give consent.”
Communication is key for kink, and safe words help partners understand their limits.

“Sometimes part of the excitement is hearing your partner say ‘No! Stop!’ so in situations like that having identified a safe word that usually wouldn’t be said otherwise, like ‘Floss,’ ends a scene immediately,” she said.

KUFF serves as a safe space to talk about anything with complete confidentiality.

Former President, and KUFF recruiter– notorious for wearing a collar around her neck–has been with the club since its beginning years and throughout her time in college.

“I had a very conservative Christian upbringing, so as I began discovering my sexual orientation, kink and beyond, it was great to have a group that understands,” she said. “ I learned what I liked, didn’t like and was making sense of myself. Not everyone is into the same things. This is a safe space who accepts people as unique as they are, and there is no pressure to try the more extreme kink and no judgment if you do.”

KUFF works closely with the Safer Sex Peers on campus, as well as Queer groups and Women’s groups who can relate to being considered a “freak” and “not the norm.” They can often be found at Queerpalooza with a table covered with kinky toys or providing demonstrations during Pride Week.

“It’s really just a bunch of cool, normal people and a friendly environment,” said the web mistress. “We are all open-minded and respectful. These ‘freaks’ are of various majors and backgrounds, and are probably sitting next to you in class, blending in–because they are, in fact, regular students.”

If you have an open mind, you can learn more about the club Wednesdays at 8 p.m. in the Chumash Room on the lower floor of the UCen.

“Just come to the club. We won’t bite, unless you want us to,” said the President [of Perversion], a fourth-year Linguistics major.