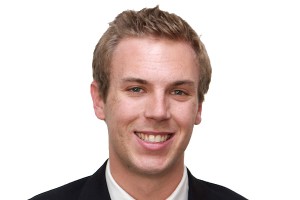 Associated Students External Vice President of Local Affairs Timothy Benson has been working with a variety of groups on and off the University of California Santa Barbara campus in an effort to reduce the consumption of plastic.

“Our overall goal is to get UCSB to use less plastic,” Benson said.

Benson has been in talks with popular locations such as the University Center to adopt more eco-friendly features like Hydration Stations where students would be encouraged to fill reusable water containers instead of using plastic bottles, which can get into the ocean and stay there for up to 1,000 years without decomposing.

Many groups and organizations have come together to support the cause Benson has taken on. Representatives from major groups such as the Plastic Pollution Coalition and members of the UCSB Bren School of Environmental Science & Management have been helpful in teaming up with AS to decrease the amount of plastic on campus. The Isla Vista Surfrider Foundation has also worked with Benson to see that plastic does not end up on the beaches. The Chancellor’s Campus Sustainability Committee, dedicated to adopting green practices like eliminating as much plastic as possible from UCSB, among other things, has also joined in.

Another group closely tied to the EVPLA’s campaign is the Environmental Affairs Board, which is a branch of Associated Students specializing in protecting the environment.
EAB recently did a walk-through of Isla Vista with Santa Barbara Third District Supervisor Doreen Farr, where citizens were encouraged to point out things in their community they would like to see improved.

“One of our principal recommendations was to increase the presence of recycling and compost bins,” said Natasha Weidner, co-chair of EAB.
In addition to working with the Third District Supervisor, EAB has collaborated with Benson through their liaison, Molly Gordon, who spearheaded the effort to increase the presence of recycling bins in Isla Vista over Halloween weekend.

“I believe the EVPLA office plans to make that a bigger and more well-known project in future years,” Weidner said.

Benson has also joined forces with Farr to ensure the surrounding areas of Isla Vista and Goleta are recycling as many things as possible. Farr has brought concerns to her staff regarding local property managers to ensure they are providing more recycling bins in Isla Vista and has created legislation that would get them to pay their recycling bills. She is also adamant on her stance to protect the coastline and passionate about getting the community involved in making IV a greener place to live.

“What brings us together is we’re all working towards the same goal,” said Benson. “Hopefully, we can use our plastic reduction efforts as a model for other universities around the country to use less plastic.”

Academic Resources and Tutoring at Your Fingertips