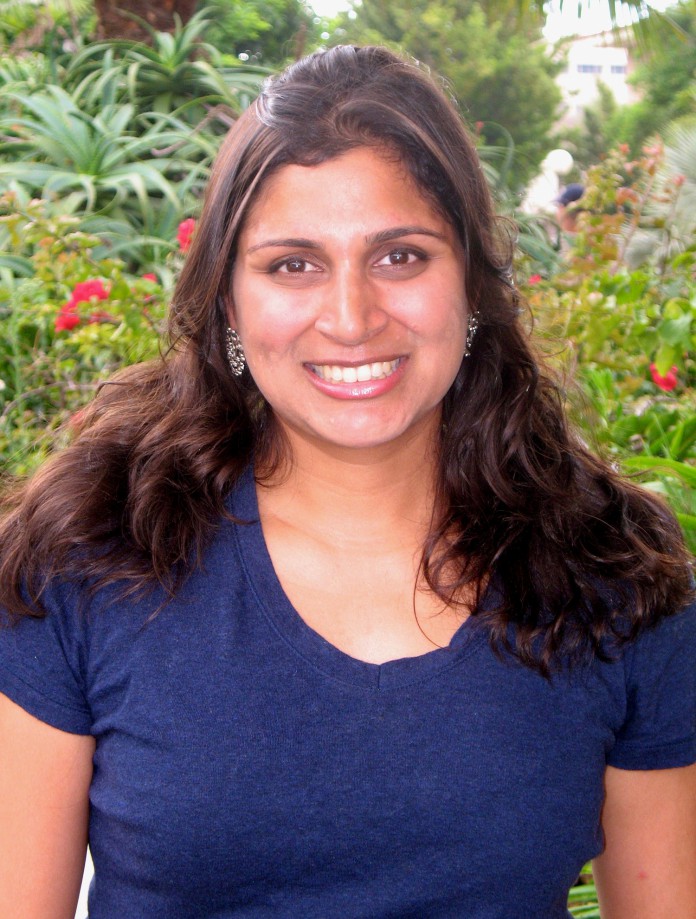 Ninety-four men and women across the country were honored with the Presidential Early Career Award for Scientists and Engineers on September 26. Among the deserved recipients were two University of California, Santa Barbara scientists, each of whom have made exceptional and distinctive progress in their respective fields of expertise.

Established in 1996 by President Clinton, the PECASE awards are meant to foster innovative developments in science and engineering to ensure American preeminence in pioneering breakthrough technologies. In facilities you can visit here on campus, our two scientists have been doing just that.

Pennathur, who received her Ph.D in mechanical engineering from Stanford in 2006, has been teaching as an assistant professor in the field since she came to UCSB in July of 2007.  Her enthusiasm is spritely and fresh and her words resonate with a crispness that witnesses to her care for clarity. It is apparent that nothing is more clear to Pennathur than the importance of her work.

In the Engineering II building Pennathur conducts experiments in the field of nanofluidics.

“Basically, I see what’s different in the structure of liquids confined to very, very small spaces,” Pennathur said. “At the nano-scale, fluids exhibit fundamentally different behaviors and properties. I try to understand these to manipulate them, so that what we learn can be adapted to innovative technologies and solutions.”

Since nanofluidics is a relatively nascent discipline, the scope of her team’s research is broad and its applications are even broader. The Nanoscale Device Laboratory, which Pennathur heads, focuses on “novel studies of chemical and biological species within fabricated nanoscale devices” which span the fields of physics, biology, chemistry and engineering.

Nanofluidic devices are made by engraving pathways on silicon or glass membranes using light in a process called photolithography. By positioning nanoparticles on the membranes, scientists can separate and measure the particles. They can be used for drug delivery or gene therapy, among other operations.

“The prospects for applications to DNA analysis, biotechnology and medicine are very exciting,” Pennathur said.

No more than a soccer field’s distance away, Dr. Benjamin Mazin, Assistant Professor of Astrophysics, tinkers away in the Mazin Lab of Broida Hall. Here he develops specialized light sensors called Microwave Kinetic Inductance Detectors (MKIDs), which are used to determine the energy and arrival time of individual photons. These detectors help telescopes spot the faintest and most distant sources of light in the galaxy.

Mazin graduated with a Ph.D from Cal Tech in 2004 and eventually made his way to UCSB in 2008. “The breakthroughs in superconducting detectors my team is making have the potential to transform astronomy across the electromagnetic spectrum,” Mazin said.
Mazin’s interests, however, are much more narrow and exotic than this research. By looking at the signs that atmospheres of distant planets offer he hopes to locate traces of extra-terrestrial life forms.
“Of course, I’m not banking on discovering anything that’s intelligent—that’s too wishful—but our galaxy is a big place, where rare things, even the appearance of life, happen all the time,” Mazin said.
Another common rarity Mazin focuses on likewise courts considerable mystery. Mazin, with the help of his MKIDs, aims “to untangle the emission mechanisms of pulsars.”
Pulsars—named so due to their likeness to a “pulsating star”–are a hotbed of curiosity and astronomical research. Werner Becker of the Max Planck Institute of Extra-terrestrial Physics said in 2006, “The theory of how pulsars emit their radiation is still in its infancy, even after nearly forty years of work.”

Thus, Mazin’s desire and drive to understand such a concept demonstrates the commitment to his passion and exceptional work ethic.

It is evident both Pennathur and Mazin have long, illustrious careers ahead of them. Wherever their paths in the future lead, scientists at UCSB who work in similar fields will ride in the wake of their successes and propel further their pioneering research. One can only hope another set of scientists will again merit the honor of the PECASE as per their influence.