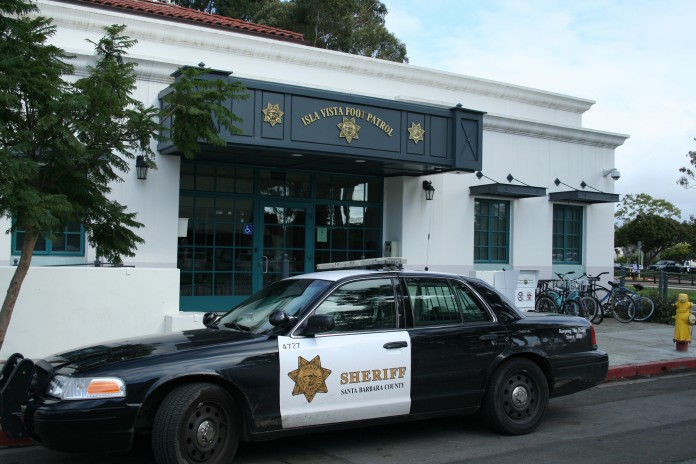 Beginning this October, Isla Vista Foot Patrol will be collaborating with Associated Students to hold a series of panel discussions focusing on the issue of safety for students living in Isla Vista.

The panel discussions will be led by Lt. Ray Vuillemainroy and AS External Vice President of Local Affairs Tim Benson, and will center on crime and quality of life issues.

“We want to better understand the community and give the students a voice, and let us know what the major issues are,” said Vuillemainroy.

The panel is designed to include input from all members of the community and especially those who are particularly at risk for, or have fallen victim to, sexual assault, hate crimes, police brutality, theft, burglary or legal complications stemming from the Social Host Ordinance.

Benson said AS will be facilitating the discussion to encourage student participation.

“I’m hoping to get everyone in IV represented,” said Benson. “So for me that means including members of the LGBTQI community, African-American students, Chican@ students, members of the Greek System, CSO’s and just the average Joe who lives the IV life.”

The panel discussions, which will be hosted at the IVFP precinct on Trigo Road, will look at crime and safety from the student’s perspective with the intention of reaching resolutions that can be implemented by both AS and IVFP.

“We want to come together at least once a month to examine the issues and develop solutions,” said Vuillemainroy. “It also encourages communication between students and IVFP, which is very important to me.”

“The panel will act as an open forum with no specific guidelines to address the most salient issues,” said Chief of Staff to the EVPLA Office Megan Shumate.

Crime and safety has been a persistent issue in Isla Vista. In May, 26-year-old Vincent Velasquez was murdered following an altercation that occurred on the 6600 block of Abrego Road.

“Of the hate crimes that have been reported, 90 percent have been targeted at members of the LGBTQI,” said Benson. “This is staggering and we want them a part of the discussion.”

The community panel also marks a change in direction in the relationship between students and IVFP, which has been notoriously rocky since IVFP’s conception in the 1960s.

“We are finally seeing them reach out to the community,” said Benson. “It’s a really good opportunity for students to connect with the foot patrol. It’s nice to have a relationship with Ray. It’s really great to have him on your side.”

Students interested in participating in the community panels should contact either Lt. Ray Vuillemainroy at rlv2602@sbsheriff.org or EVPLA Tim Benson atevpla@as.ucsb.edu.