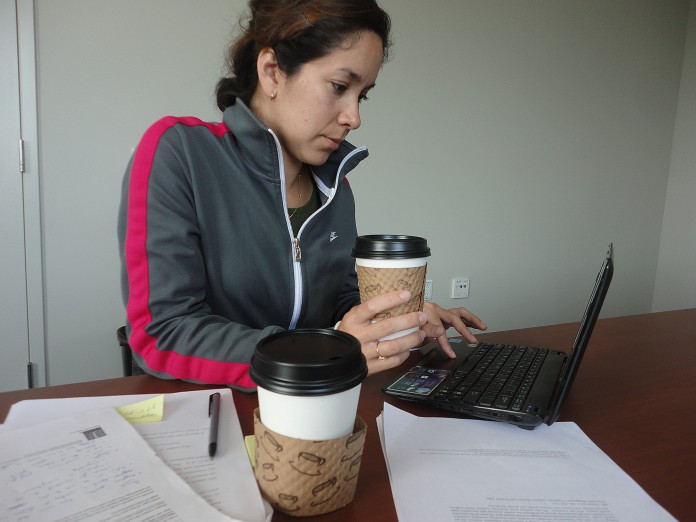 Apart from the countless energy drinks available in the market, coffee is known as a college student’s trusted companion. Many fatigued students rely on the drink to fuel long nights writing papers, studying for tests or fulfilling any other responsibilities that require a large amount of focused preparation.

As of recently, researchers from the Harvard School of Public Health and its colleagues may have found another reason for coffee lovers to fill up their cups- those who are women, at least.

According to the Huffington Post, the aforementioned study revealed a link between coffee consumption and in women’s depression. The Harvard-based medical group studied 50,000 American women with the average age of 63 years old who have had no previous history of depression within a ten-year period. The data showed that women who consumed four or more cups of coffee per day had a 20 percent decrease in the relative risk of depression.

Depression in women was considered because this chronic and recurrent disease occurs twice as much in women than in men, approximately 1 in every 4 American women. WedMD.com says that increased cases of depression in women are caused by various factors like hormone changes that occur in a woman’s lifetime (i.e. premenstrual syndrome, pregnancy, childbirth, infertility and menopause), developmental, reproductive and genetic differences, and societal factors like stresses from school and work, family responsibilities and gender expectations and roles.

According to the U.S. National Library of Medicine, caffeine found in coffee, and in energetic drinks and sodas, is a central nervous system stimulant. HowStuffWorks.com says that when ingested, caffeine increases neuron firing in the brain. When this happens, the pituitary glands think that there is an emergency and releases the “fight or flight” hormone also known as adrenaline. This sudden burst of adrenaline provides the body with an additional source of energy that, in the case of college students, becomes very helpful especially in the face of countless academic obligations. But, can this burst of energy that helps students pull all-nighters also help them avoid depression?

One of the authors of the study and a professor of epidemiology and nutrition at the Harvard School of Public Health, Dr. Albert Ascherio, said that even with the research results, it is still too early to suggest that women should increase the intake of their coffee consumption in order to decrease incidences of depression. He told the New York Times that more research is needed to better gauge and make connections between the relationship of caffeine in coffee and depression in women. He said, “a very high level of caffeine can increase anxiety” and insomnia, which reverses any energy-increasing effects.

Larisa Sandu, a third-year global studies major, said that she suffers from those effects when she consumes coffee.

“I think coffee works for some people, but not for me,” she said. “My body is very caffeine sensitive and even half a cup of coffee a day gets me really energetic and then depressed.”

In an accompanying editor’s note for the study, Dr. Seth A. Berkowitz said, “[This research] is an important contribution because it is, to my knowledge, the first large-scale study of coffee consumption to evaluate mental health outcome in women.”

He added a caveat and said, “It seems premature to recommend coffee consumption until studies with methodologies better able to determine causality are conducted.”

Until more conclusive results surface, it is uncertain whether the connection between coffee consumption and levels of depression in women is legitimate. But the already known effects are enough to keep some students coming back to Starbucks every morning and, conversely, enough to keep others away from the drink altogether.

“Coffee has its positives and negatives,” Cynthia Madrigal, a fourth-year sociology major, said. “I like that it keeps me awake, but I don’t like that it makes my heart beat really fast and stains your teeth.”

“I love coffee. It makes me feel better when I drink it,” Paulina Abustan, a political science and feminist studies graduate, said. “I feel like I need it everyday, because that’s the part of my day I look forward to the most.”