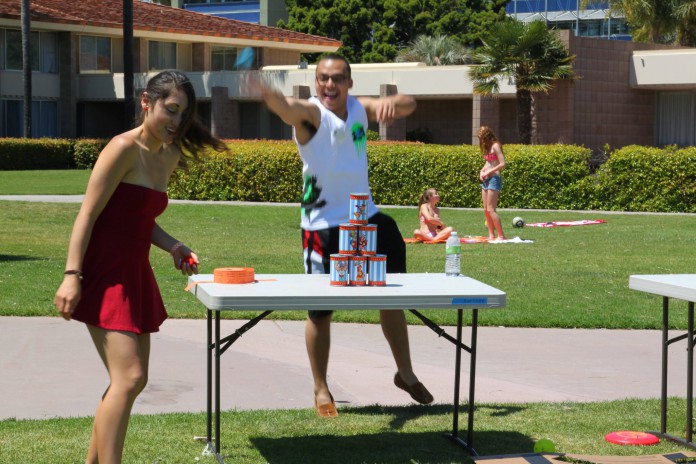 The start of a new year and classes also heralds the beginning of the newest round of tablers, barkers and recruiters who prop themselves along the busiest pathways of University of California, Santa Barbara, hoping through sheer volume of traffic to have their pitches heard by enough students to meet their quotas. We’ve all seen them pitch their wares on campus: various sororities and fraternities looking for new members, student groups seeking fresh support, political organizations like CALPIRG looking to add you to their roster of donors, and even businesses like Bank of America who see college students as logical candidates for their slew of credit card and checking accounts; not unlike lions eying wildebeest in the open savannah, though slightly less dangerous and a little more ubiquitous to be sure.

From the perspective of the students, who are in effect the “prey” of these surely well intentioned though quietly irritating tablers, the prospect of stopping to give five minutes of time while already stretching the thin limit we’ve given ourselves to make it to our next class on time is not an appealing notion at all. In fact, had we the extra five minutes, we surely would have spent it sleeping in or grabbing a cappuccino, which is why we often choose to employ the tactics of evasion that you’ve seen time and again.

All of it, believe it or not, stems from our entirely polite attempt at civil non-discourse.

Students know that rejection can be difficult for both the rejector and the rejectee, so we’d just prefer to avoid it altogether. As a roommate of mine once said, “No disrespect, I’d just rather not tell them no.”

To be fair, I think the majority of students who encounter tablers understand that the other side doesn’t have it easy by any means. It takes a certain outgoingness, audacity, tenacity and, truly, some intestinal fortitude to endure the blank stares and negative eye contact, not to mention the round after round of rejections and, Buddha forbid, outright rudeness, all for the sake of reaching that minority of constituents willing enough to spare a moment of their time to hear about your cause. Undoubtedly the majority of you tablers didn’t stand up in excitement, hands waving enthusiastically, at that time during your group meeting when the group leaders ask oh so enthusiastically for volunteers to table the coming week.

It isn’t an easy position for you, just as it isn’t an easy position for us. So I think that leaves us warily walking by each other, like wildebeest and lions, knowing the cat and mouse game we are both forced to play, only with a greater sense of respect for the awkward difficulties that we face in our daily migrations through the vast campus Serengeti that is our shared environment. And maybe, just maybe, we can both include a few more nods and smiles in our inevitable non-interactions.