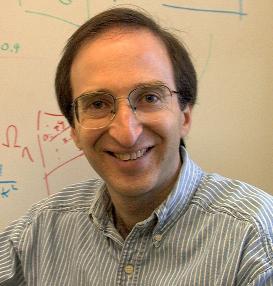 The astronomical work of three researchers recently prompted the Royal Swedish Academy of Sciences to award the trio of researchers on October 4 with the 2011 Nobel Prize in Physics, for, according to NobelPrize.org, “the discovery of the accelerating expansion of the Universe through observations of distant supernovae.”

The prize was divided into three parts, with one half (about $1.4 million) going to Saul Perimutter of The Supernova Cosmology Project at the Berkeley National Laboratory and University of California, Berkeley, and the other half going jointly to Brian Schmidt at the Australian National University of Weston Creek, Australia and Adam G. Reiss at the Johns Hopkins University and Space Telescope Science Institute in Baltimore, both of The High-z Supernova Search Team.

The three researchers used type 1a supernovae as standard candles to measure the rate at which the universe was slowing down since the theorized Big Bang, estimated to be about 13.7 billion years ago. Their goal was to discover what the future of our universe would succumb to, whether it be the eventual slowing down and then contraction back upon itself (known as the Big Crunch), or the drifting apart of galaxies to the point that all energy is vacuumed out (known as the Big Rip).

In 1998 both teams’ observations presented identical results, showing potential evidence that the universe is spreading apart via a force known as ‘dark energy,’ and accelerating as it does so. These dual discoveries reaffirmed the notion that our universe is headed towards a cold, icy void of darkness. After years of cataloging dozens of type 1a supernovae with the help of CCD (charged-coupled device) imaging, the men confirmed that the universe is indeed expanding at a consistently increasing rate.

“This has to be the slowest ah-ha in the history of science,” said
Perimutter over the phone during an interview with a Nobel reporter.

“The fact that the universe is expanding is astonishing but has been
known for decades,” Florian Kilimm, a third-year physics major, said. “That it is even accelerating is incredible and shows how little we know about the world we are living in.”

Andy Howell, who is part of the Adjunct Faculty of UC Santa Barbara’s physics department and a staff scientist at the Las Cumbres Observatory Global Telescope Network (about two and a half miles away from the UCSB campus), had the opportunity to see the Nobel Prize recipients’ research in its early stages.

“I was a post-Doctorate at the Lawrence Berkeley National Laboratory with Perimutter from 2000 to 2003, so that’s right after they got cited for the first paper in which they received the Nobel Prize for,” he said. “But we continued steps to confirm those results, and in fact that’s what I still work on today. So they got the Nobel Prize for figuring out that dark energy is there. Now the work that my group and I do is to try and characterize what this dark energy is.”

Howell says that dark energy is hard to define, and there are multiple interpretations of its power and origins.

“We have some very good clues, and we have a lot of extremes, but we’re working very hard to figure out exactly what it is. Our research is showing us that it looks like this stuff is a property of the vacuum of space itself, so it’s really weird stuff.”

Despite the limited information about space that scientists have, the work of Perimutter, Schmidt and Reiss has still been hailed as revolutionary research that challenges many scientists’ preconceived notions about the universe. According to the Nobel Prize website, “the findings of the 2011 Nobel Laureates in Physics have helped to unveil a Universe that to a large extent is unknown to science.” It is upon this foundation that the work of other researchers such as Howell and other UCSB scientists will hopefully reveal even more information about what lies in and beyond our universe.

“It’s a big thing because it undermines the standard model of
cosmology,” said Samuel Taylor, a third-year chemistry major. “And that’s huge.”