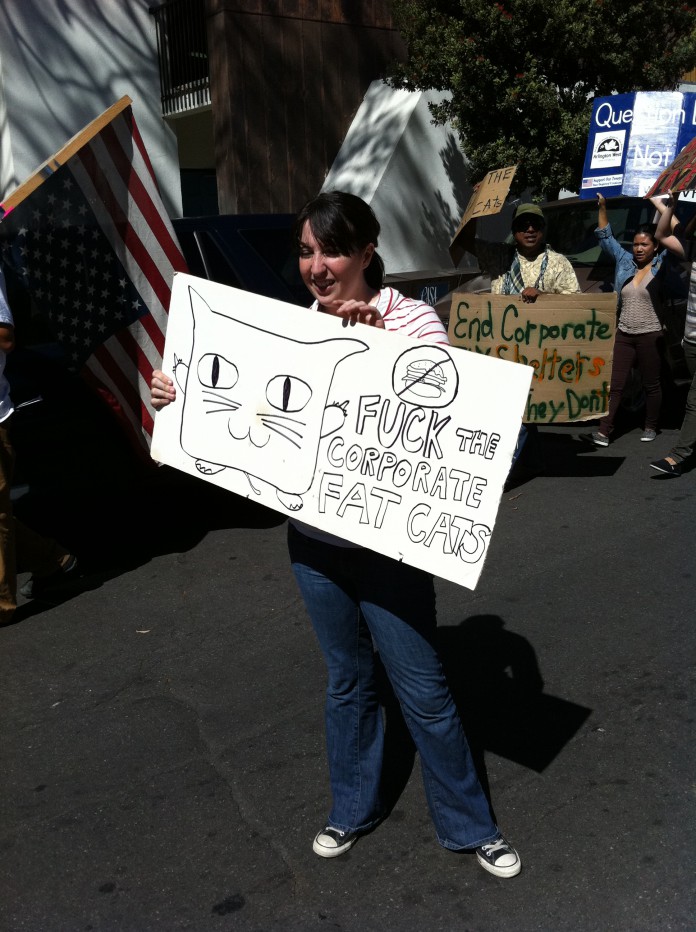 Just as the United States is a melting pot of cultures, members of the Occupy Wall Street protest and associated solidarity movements represent a vast array of goals and demands. Some revel in this diversity of needs while others believe the disorganized nature of this grassroots movement retracts from its effectiveness.

There is obvious agreement on the need to equally redistribute the political power in the U.S., but is it possible for these unsatisfied citizens to achieve any of their goals?

A participant in the Occupy Santa Barbara solidarity movement and member of Citizens for a Democratic Santa Barbara, Marshall Getto, spoke enthusiastically about the sweeping appeal of the cause. He notes that even though the media portrays the movement as disorganized, the breadth of grievances is still a positive aspect for getting the attention of the government.  He believes that the glue of the movement is the common wound inflicted by the imbalance of power.

“Ninety-nine percent of the population is victimized by one percent,” Getto said. “We’re all in this together.”

Though the protests have endured, the momentum can’t stop at the roots. Getto rationalizes the need for legislative action, as well as amendments to the Constitution for tangible governmental change.  Each protestor’s individual demand may not be met now, he explained, but with a fundamental shift in political power each specific voice will be louder in the future.

“This is the chance to join the general assembly in true grassroots democracy,” Getto said.

UCSB political science professor Eric Smith agrees with the importance of an additional step in political activism.  In his mind, the grassroots effort reveals the public emotion, but congressional action satisfies their demands. Smith believes that without leadership, funding and specific goals, the movement will most likely
stagnate.

According to Smith, “Occupy Wall Street” lacks the politically experienced leader as well as the resources and communication to take it to that next level. Money from the Union or wealthy liberal activists could potentially propel the movement forward, but whether or not enough donations will be made and utilized remains to be seen.

From the perspective of a UCSB economics professor Charles Stuart, the ineffectiveness of the effort lies in the motivations behind it. He says that economic distribution is going to be uneven and unfair by nature.

“The basic problem is that people want more consumption, everyone wants a piece of the pie,” Stuart said.

The wealthiest Americans don’t want to give up their resources but the “occupiers” also want a more equal share of them.

“Society doesn’t work when there is a constant battle of resources,” said Stuart.

Whether or not the movement will bring satisfying change in the U.S. government, the general discontent of the masses has been publicized.  There is agreement across the board that it will take more than a crowd of unhappy people to accomplish the various goals of Occupy Wall Street, but the final outcome is questionable.

Yet despite the adversities of being a grassroots movement and the complexities of the government that make change difficult, the public’s common feeling of inequality maintains the momentum and the possibility of transformation.