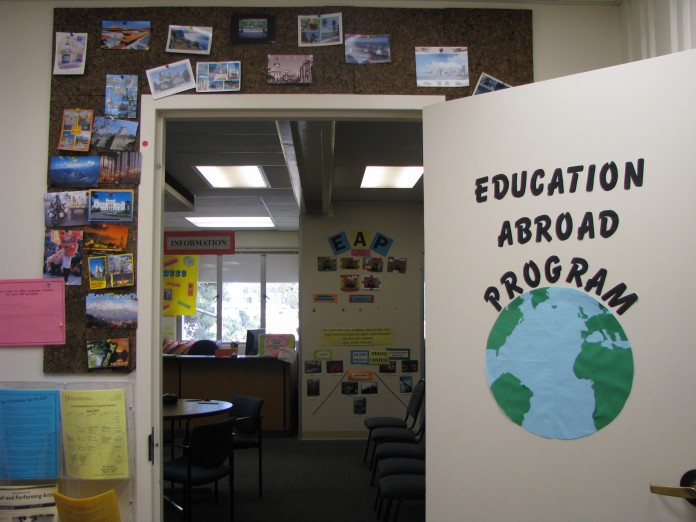 UC Santa Barbara has been selected to take administrative control of the University of California’s systemwide Education Abroad Program (UCEAP).

Effective July 1, oversight of UCEAP will be relocated from the UC Office of the President (UCOP) in Oakland to UCSB’s academic administrative headquarters in Cheadle Hall on the Santa Barbara campus.

Dr. Juan E. Campo, professor of religious studies and director of EAP on the UCSB campus, explained that the transfer of UCEAP administrative powers was done to alleviate financial pressure from UCOP.

“At the decision of UCOP, the education aboard program went through a transition from relying on large state subsidies to a business model that is more supported by student fees,” said Campo. “Because academic instructional programs like UCEAP are better served at a campus, UCEAP needed to find an academic home and needed to find a UC campus that wanted to be affiliated with EAP.”

Yang added that, as specified in the Mission of the University of California, UCOP will continue to have ultimate responsibility for the financial viability of the program.

The relocation of the UCEAP administration will not affect the program’s student application process nor will it hinder the availability of international programs offered.

The most significant change will occur in the closeness of the relationship between the UCSB campus and UCEAP.

“We expect that we will have a faculty member that will devote 50 percent of their time to EAP to ensure its academic focus,” Campo said. “There will also be more resource and information sharing between UCEAP and UCSB.”

Campo added that UCSB does expect to enroll more non-resident students with the undertaking of UCEAP.

He went on to say that there are currently no plans to expand the UCSB EAP office but that the transfer of administrative powers will generate additional internship opportunities for UCSB students.

“During these financial times it’s hard to talk about expansion,” said Campo. “However, the EAP office will be drawing upon on UCSB students to be interns in a significant way. Internship possibilities usually are in specific areas like IT or social networking, and having outreach with students. Students just have to keep an eye out for the opportunity.”

Chancellor Yang explained that of the 10 UC campuses, Santa Barbara was selected based on the campus’s deep-rooted, historical commitment to international education in general, and UCEAP in particular.

UCEAP originated at UCSB in 1962, and UCSB has consistently achieved the highest rate of student participation in the program among all the UC campuses — nearly a thousand each year.

Since its creation, nearly 80,000 UC students have participated in UCEAP, which today operates in 34 countries and has 117 host institutions.

Next year will mark the program’s 50th anniversary.