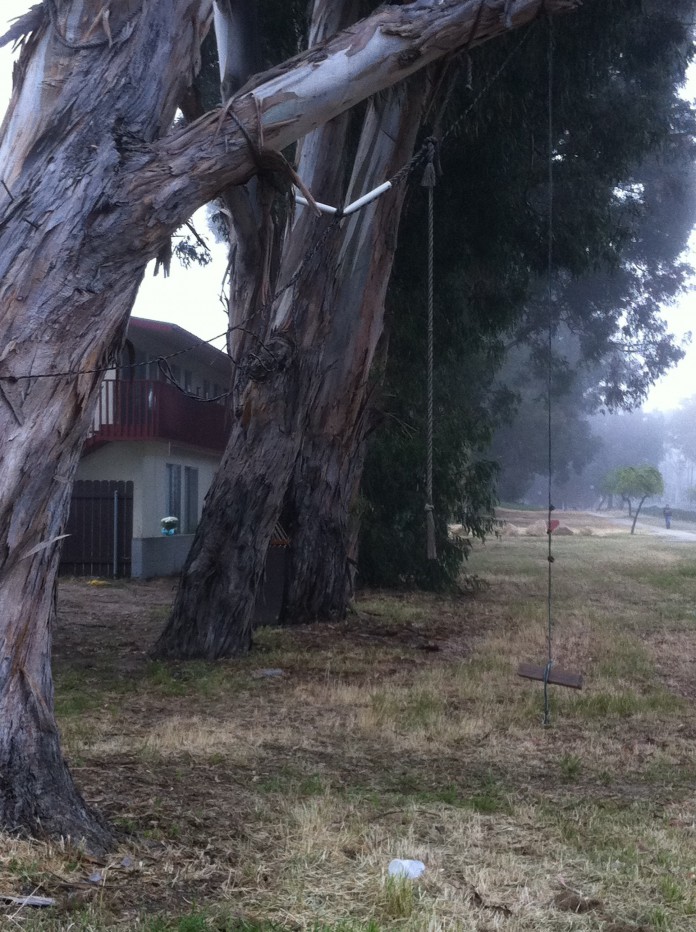 Alex Stork, a 23 year old UC Santa Barbara alum, has taken a violent plunge off the roof of an apartment in Isla Vista, CA. Bystanders say he was standing on the roof of an apartment building and jumped off, attempting to swing on the popular tree swing located at the corner of Sabado Tarde Rd and the UCSB bike path. The accident took place around 6:15 p.m. today, May 5.

According to Paul Konopelski, a fourth-year Chemistry major, this tree swing was made in a certain way so that people who use it swing off the roof of a nearby building. The wooden block that creates the seat is not able to reach all the way up to the roof, so those using the swing have to jump off, holding onto knots in the rope, then land on the block while swinging.

Konopelski says Stork was not holding the knots properly, and when he jumped, he did not land squarely on the swing’s seat, causing him to fall to the ground and land face-forward.

“He was bleeding from his head, his nose, and behind his ear,” said Konopelski. “They’re taking him downtown to get x-rays.”

According to Glasser, Stork had suffered memory loss, saying he could not recall the 45 minutes previous to his fall off the roof.

Konpelski said that despite the accident, he is still planning on using the swing.

“It wasn’t the fault of the rope or the swing. He [Stork] wasn’t holding it correctly-it’s that simple,” he said. “We may put a sign up warning people.”