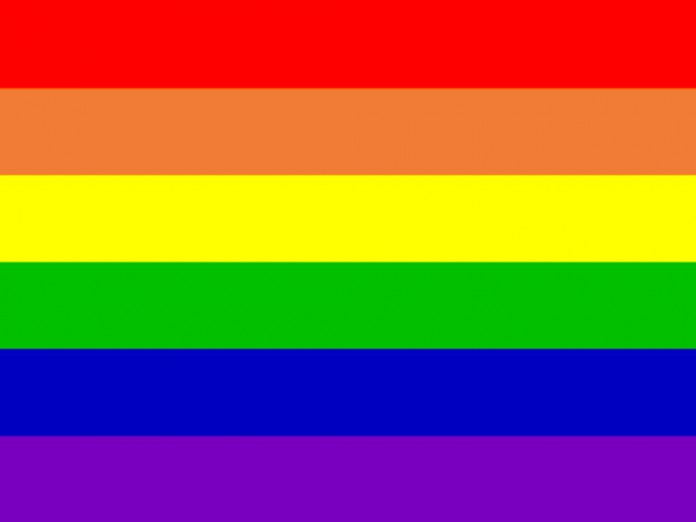 This year’s Pride Week at UCSB came to a close on May 1st with a huge celebration in Isla Vista. The Pride Festival, a six-hour party on Pardall Road, attracted a huge number of students and out-of-towners. The event kicked off with a drag show, free face-painting, and live performances by Lemonade, Big Freedia, and DJ Mycole Beeson. A secret 18-and-over tent featured SB Party Gal sex toys and other assorted goodies. Representatives from UCSB’s KUFF (Kink University: a Fetish Fellowship), The Gay Asian Pacific Alliance, and Queer Student Union lined the street offering information and spreading awareness about queer issues and alternative sexual lifestyles.

“I’m glad that Isla Vista Pride happened again this year and I hope we keep supporting it. It’s important not just for queer people, but for the allies and those who may not be as educated,” said Alfredo del Cid, a UCSB fourth year Sociology major who organized the professional drag show and also performed in drag for the student drag show.

“Pride means embracing what makes you different from the mainstream culture and embracing an aspect of ourselves that has been criticized and looked down upon. Pride is me taking ownership of this part of me that I want to bring out and show the world,” said Ashkon Molaei, a UCSB second year Economy/Global Studies double major and volunteer for the Pride Festival.

The Pride Festival was not just fun and games, however. There are many important issues facing the queer community that are often overlooked or intentionally ignored. In discussion with Molaei, the subject of prejudice within the queer community was addressed. He remarked that there is some degree of Bi-phobia in the queer community which stems from a lack of understanding, not simply hatred. He also addressed the issue of transgendered individuals seeking to branch away from the queer movement because they feel their problems are more than a matter of sexual orientation. Molaei added that he doesn’t support the separation of the T from LGBT.

“Transgendered people have a similar ideology even if they aren’t necessarily gay, and I don’t think they should be separated. This is a movement for social awareness and we are all in the same boat. We are both marginalized by society,” he said.

del Cid brought two issues to my attention that many allies and queer people often overlook: LGBT youth homelessness and healthcare for transgendered individuals. He lamented that gay marriage often takes precedence over the aforementioned issues, remarking that the gay marriage bill will pass in time, as all social change is gradual.

“I don’t think the marriage ordeal is necessarily the first in the agenda for the queer community. We need to focus on other issues. 40% of the homeless youth are queer. Often times their parents kick them out. We also need to address healthcare for transgendered people. Being transgendered is still considered a mental disorder and you need to be declared as such before you can receive care,” he remarked.

del Cid also spoke about his experience working with professional drag queens and his first time performing in drag at the student drag show. He mentioned that the drag culture is important because it can be used to break down stereotypes and gender constructions as well as educate others on the gender spectrum.

“Being in drag was a huge adrenaline rush! It really allowed me to play with my own gender expression. I didn’t feel like a girl or a guy in a dress, I felt like a drag queen,” he said.

This was the second annual Isla Vista Pride festival. It was a huge celebration of pride, awareness, and community. Considering the success of this festival, there should be many more to come.