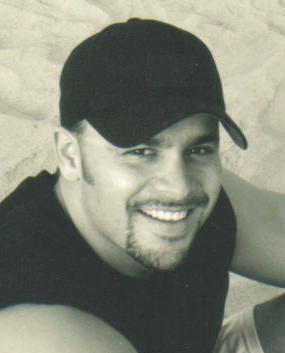 Peter Aguilar has been teaching at UCSB for the last 6 years in both the Exercise and Sports Studies department and the Rec. Sports department. As Head Strength and Conditioning Coach for the rugby, lacrosse teams he regularly prepares his athletes for the rigors of a long season as well as teaching classes in athletics, anatomy and injury prevention.

Tell us about your background

“I was born and raised in Lincoln, Nebraska, I lived out there until I was about 21 so I’m a Cornhusker all the way for sure and I bleed Cornhusker red. I actually went to a small school in Nebraska and played football for a year. I tore my ACL at the end of that season so I didn’t play football again after that. Then I transferred to the University of Nebraska and then I made my way to California. So I went to a couple of different schools for undergrad, finally made it to UCSB and majored in psychology, and I finished up my BA in psych and took all of the ESS classes as well. From there I went to San Diego State and got my Masters in kinesiology with an emphasis on sports psychology.”

“At the time, while I lived in Nebraska prior to UCSB, I had a girlfriend who came out to Brooks Photography Institute in Santa Barbara. So I came out to visit her four or five times. About the 4th time I decided that the next time I came out I didn’t want to go back, so from there I essentially threw everything in my car and drove out here. I [took] one semester at SB City College before I came in. So I nailed some classes there and transferred into UCSB the next quarter and never looked back.”

“I actually met my wife here in Santa Barbara, we worked at a gym together. We probably dated for almost 5 years before we got married. We moved to San Diego and then to Seattle, but when we decided we were going to have a family, we decided to move back to Santa Barbara.”

Why did you choose a career in Athletics?

“I think I always had this propensity towards sports. I always knew that training and participating in sports was something I wanted to continue to do. Going into undergrad, I thought I would go into psychology. I didn’t know if it was going to be in clinical psychology or maybe doing research, but as I started going through my undergrad I realized that I could combine the best of both worlds and do sports psychology. So that’s of course what I went on to do in grad school.”

“I was pretty much under the impression that my field would be psychology and as I started to work my way through it, I thought ‘Ok, maybe I can include sports in this. Maybe I can work with athletes.’ I think in grad school I started to realize that I wanted to flip that relationship around. So now I utilize that sports strength and conditioning emphasis to which I now bring in pieces of sports psychology.”

Can you describe your experience in sports?

“I primarily played receiver in football, mostly slot and some running back, but I played a lot of corner back as well. Looking back at it I wish that I played more on the defensive side of the ball but receiver came a little more naturally, it’s what I’ve been doing since I was a kid.”

“Also, I’m fortunate enough to get to work with the rugby team here. Great thing about it is that it is second nature to me as I played rugby through high school and a little bit in college. It just allows me to communicate with the rugby athletes much more effectively.”

What were some of your major influences in life?

“I’d say first and foremost is my mom who was a teacher all her life. I think with her, she always taught me the patience that you need to teach or coach and to understand that there is potential in everyone and not to judge as some might. That basically sets the stage for what I do everyday. And pretty much everyone in my family has been a teacher. I’m glad to have them in my life.”

What are some experiences that help you in teaching?

“Recalling back to when I was an undergrad and how impersonal my education was for the most part, you know, you go to big class and the professor doesn’t even know your name. Even when you get in a small class they never even bother to learn your name. So now that I’m teaching, I think about how to turn things around to where I think they should be. One think I try to emphasize in every class I teach is I try to learn every student’s name. As long as it’s not a class of 200 people, I just think it’s fair that I, as the instructor, should know most if not all of your names.”

“I think there have been situations in my life where I am thankful for people who have done things the wrong way, you know, ‘Thank you for showing me what NOT to do’. Now I know that that’s what I want to avoid and to pursue how am I going to promote the antithesis of that. I think that’s where my teaching style comes in. I think that unfortunately a lot of times at the collegiate level, ego gets in the way of teaching. Ego in terms of professors focused on what they’re doing only. It’s all about their research and it’s not about the student. Like, ‘this is a research university, not a teaching university.’”

“I was also fortunate enough to teach up in Seattle and also in grad school and I just started to learn, especially in grad school, that if you’re open and democratic within the teaching environment, the students are much more apt to learn and to want to learn more. I can’t tell you how many times I have students come into my office hours with questions and I want them to because if I don’t know the answer then I want us to find it together because I want to learn it too.”

On the Nebraska Cornhuskers

“I was fortunate to be born and raised in the city of Lincoln and I feel it really shaped who I am today. In Nebraska, the state religion is football, and the holy days are Saturdays in the fall! The great thing about growing up in that environment is that it teaches you loyalty; no matter how bad the team might do, they are still our team. After living in a few areas around the country, I can say this is not always the case. [As is the case with]”fair-weather” fans whom all seem to frequent when and if their teams do well. …I would say there are drawbacks of course, I probably become a little too emotionally involved in the games and take it hard when they don’t do well. Regardless, I wouldn’t have it any other way!”

If you weren’t coaching what would you be doing instead?

“I think no matter what happened, I would have ended up teaching in a classroom somewhere. Even if I was in a high school or junior high somewhere I think, personality wise, I’ve always been geared towards teaching. And I love to do it, I love the interactions, I love the challenge that it places on me, to continue to learn to answer the questions that students have and to keep up with them. Teaching and coaching are really the same thing to me, just a different kind of classroom.”

In your opinion, what separated UCSB from other schools?

“I think the level of academic challenge is probably much higher than many other institutions around the country and it’s probably UC-system wide, but with of course the nice aspects of the kind of laid back attitude that goes with IV and the student body as a whole. It’s nice to see a student body that can enjoy itself, go have fun, but still be focused enough to perform extremely well in school.”