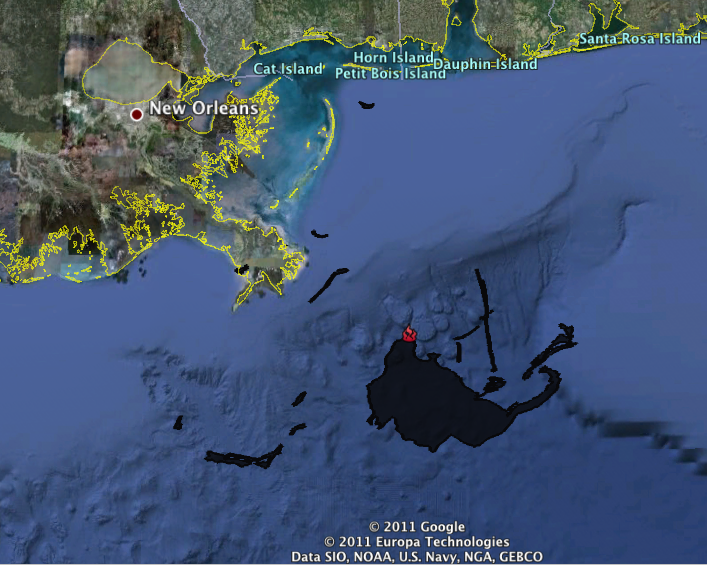 April marked the one-year anniversary of the British Petroleum (BP) drilling rig explosion in the Gulf of Mexico. The spill leaked thousands of barrels of crude oil into the ocean and led to public outcry from around the world.

The upset that came in the wake of this incident reawakened at the UC Santa Barbara campus Wednesday, April 27, in the form of a silent protest sponsored by the Environmental Affairs Board.

Riege and Gialketsis wanted to coordinate an action to commemorate the BP oil spill, but hoped to remain non-confrontational. The girls were attending an environmental conference in Washington, D.C. when they resolved to organize the silent protest.

“We didn’t want to be forceful or angry, we just wanted to show people that it’s been a year and there still hasn’t been a lot done to care for the people who were affected, or to prevent this catastrophe from happening again,” Gialketsis said.

The girls sent out emails over listservs to members of the various groups on campus, advertised at student group meetings, posted advertisements around campus and also wrote a press release to raise awareness of the protest. The protest took place on with about twenty students in attendance.

The participants dressed in black, which was intended to symbolize the crude oil that spilled as well as to convey a sense of mourning for the greater catastrophic effects of the incident.

Riege headed off the protest with a brief announcement to the group before they commenced their walk.

“We’re not protesting because we have hatred. We’re mourning that it’s been a year and we’re trying to let people know, so this should be a peaceful protest and there shouldn’t be any yelling or hating,” Riege said.
The darkly-clad students carried signs to publicized the cause and walked in silence for over an hour. They began at Davidson Library on campus and walked to the neighboring Isla Vista community, then came full circle to end the protest in front of the library.

Most participants felt that the protest was successful.

“We really just wanted to raise awareness, and during the protest we had a lot of people give us a thumbs up, or give us looks [acknowledging that] it really has been a whole year,’” Teal said.

Leslie Stirling, second-year at UCSB, also participated in the silent protest.
“I think the oil spill raised awareness that we need to find alternative [fuel sources], and just how bad drilling is for the environment,” Stirling said.

Beneath is a poem written by one of the protestors regarding the issue:

Open your eyes
Now take a step further and look into mine.
Think you’re uncomfortable?
So am I.
But maybe this is the only way to get us all to see
The reality of our responsibility
To ourselves and to fellow humanity
To the earth and all of its glory
What’s the big deal about BP?
We ask you to remember the catastrophe
Not to dwell on the tragedy
But to unite in commonality and fight the apathy
That plagues our Nation and devastates the hopes of future generations.
Please, don’t ignore the lies and justifications
That rob the wealth of this beautiful creation.