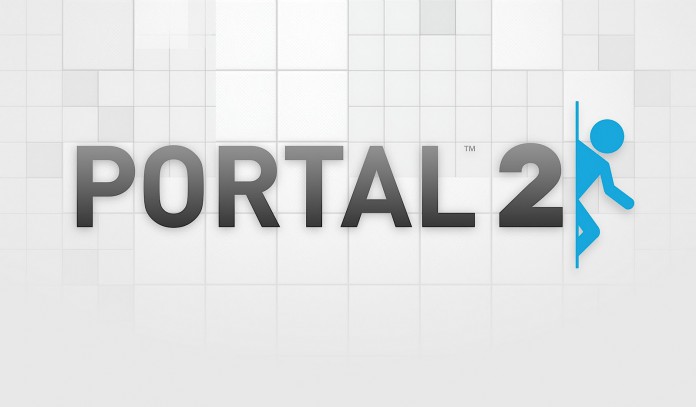 It is impossible for me to give Portal 2 all the praise it deserves. As with most Valve titles, it is plot-driven rather than action-driven, and this absolutely works in its favor. The environment is now vast and atmospheric rather than pristine and minimalistic. The Aperture Science facility seems to take on a life of its own as test chambers clumsily repair themselves with panels sometimes getting snagged on an unfortunate cube or turret. The game is no longer quiet—there is always background noise or music, and puzzles now contain melodious elements. Walls, staircases, and panels now move under the direction of GLaDOS (the rogue and vengeful A.I.) which characterizes her as an omnipresent force rather than a mere disembodied voice. It’s pure genius.

The game play is also much improved. Weighted cubes are no longer bulky and awkward; they fit neatly in the bottom center of your screen and conveniently glow yellow when placed on a button. Laser beams do not kill players instantly, unlike the pesky photon balls in Portal. Every new testing element in the game is linked to music: pure light bridges harmonize when you stand between them, laser beams sing when they have lined up, electronic sounds accompany you while bouncing off an Aerial Faith Plate, and an underwater symphony can be heard while floating in an Excursion Funnel. Repulsion and Propulsion gels are both accompanied by amusing sound effects. These clever uses of sound and music help remedy the many stretches of silence that were ever-present in the first game.

Another incredibly helpful feature is the ability to see your portals through walls and surfaces (similar to the ability to see your teammates though walls in Left 4 Dead). The puzzles themselves are more creative and dazzling than ever before, with greater heights, less portal-friendly surfaces, and the combination of many testing elements in a single puzzle. Although the majority of the puzzles are not especially difficult, there are a few that will have you scratching your head in frustration for a while (particularly those that do not take place in the test chambers).

The characters and atmosphere in Portal 2 are both incredible, and Valve has once again proven that they can create the most memorable robot characters ever. The new personality sphere, Wheatley (perfectly voiced by Stephen Merchant), provides seemingly endless dialog that will keep you in stitches. GLaDOS (Ellen McLain) also returns with an arsenal of hilarious quips, the funniest of which pertain to Chell’s weight. Quite a bit of back story is relayed brilliantly through recordings of the sardonic Cave Johnson (J.K. Simmons), the CEO of Aperture Science. The wrecked test chambers give the player an astonishing sense of immersion and vastness, very much unlike the claustrophobic feel of the previous game. Let’s just say the Aperture Science facility is a lot bigger than you think it is.

The game hardly makes any references to cake and this is refreshing, as it allows for a new foodstuff to become the center of fixation. The Companion Cube itself only appears in passing so as not to upstage some of the game’s new features. The very brief inclusion of these old fan favorites was a smart move on Valve’s part—the game would not be as interesting if it were bogged down with these old and now over-used memes.

The co-op campaign is where the real testing begins, as the co-op puzzles are considerably more difficult than those of the single player campaign. They all heavily rely on teamwork in some way or another and it is impossible for one player to complete a test alone. GLaDOS will praise or taunt players based on their actions in the game as well as award arbitrary “Science Cooperation Points.” it can be quite amusing to intentionally kill your partner by chasing them with lasers or letting them get crushed, so play with someone you can trust.

That said, dying matters little in the co-op since there are no loading screens in between re-spawning. The two robotic “partners in science,” Atlas and P-body, are instantly loveable as they dance around, high-five each other, and mock the cameras. Although the co-op campaign technically takes place after the events of the single player, you can play them out of order without missing out on anything.

One question remains: Is Portal 2 better than Portal? Well, it’s certainly longer, more innovative, and flashier, but I would not say it is necessarily better than Portal.
Portal was released alongside two other games in The Orange Box (Half-Life 2: Episode 2 and Team Fortress 2), while Portal 2 is a stand-alone title, which is why it is twice as long as its predecessor. The test chambers in Portal are pristine and bright while the test chambers in Portal 2 are squalid and gloomy. Portal is generally more light-hearted than its sequel, which is sinister and mysterious. Both games encompass entirely different tones, and both games are equally worthwhile. If you enjoyed Portal at all, you will love the sequel.