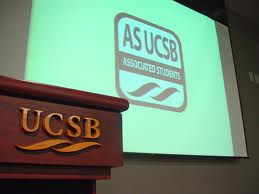 Four Open People’s Party (OPP) elected candidates for the 2011-2012 Associated Students (AS) Legislative Council at University of California, Santa Barbara (UCSB) were forced to resign after being disqualified from holding office.

According to a member of AS who wished to remain anonymous, elected Representatives-at-Large Kelly Gandee and Chelsea Parrot, along with Off-Campus Representatives Alexa Cover and Lauren Begleiter were considered guilty of distributing alcohol to minors during the recent AS elections season after a nearly month-long investigation was conducted by AS Elections Committee following election results.

A fraternity brother filed a complaint with AS Elections Committee the week after results were announced. The complaint described two girls, identified as Gandee and Parrot, along with an unidentified girl of Asian descent, approaching numerous fraternity houses with trays of alcoholic Jello shots. The girls, who were candidates running with OPP, would remind the inhabitants of the house to vote OPP during AS elections, standing-by while the household members would take shots and vote online.

Once the complaint was officially filed, along with the testimony of the fraternity brother, AS Elections Committee began their investigation, which led to the implication of Cover and Begleiter. All four UCSB students were heavily involved with campaigning among the Greek community in Isla Vista.

After the investigation was complete, AS Elections Committee sent the case to Judicial Council, which agreed with their ruling. Gandee, Parrot, Cover, and Begleiter were asked to resign immediately following the ruling of Judicial Council. As a collective group, members of OPP filed an immediate appeal against the ruling, which was rejected on the grounds of lacking plausible argument.

OPP has filed a second appeal and is awaiting further consideration and due process.