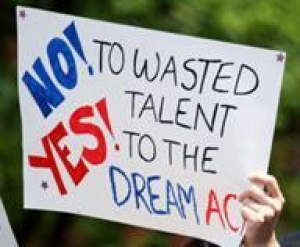 UCSA is presently accepting student applications for 2011-2012 system-wide committee appointments. Accepted applicants will, in turn, be nominated by the UCSA Board of Directors to sit on various committees.

“The situation is getting worse. This is the time to get engaged in your education, because we are its highest stakeholders,” said Claudia Magaña, President of University of California Student Association (UCSA) and External Vice Chair of UC Santa Cruz’s Student Union Assembly.

Magaña was addressing the ever-increasing UC fees that she says have risen 50 percent in the last three years. With these and other similarly pertinent student issues in mind, she encourages UCSB students to apply for UCSA system-wide committee appointments.

The UCSA is a coalition of UC students and student governments aimed at increasing the accessibility, affordability and quality of the UC system through advocacy and direct action-organizing. It is a student-run, membership-based organization. Being part of a system-wide committee means that student representatives, as the voice of the whole student community, are at the forefront of reforming and creating proposals that, when approved, are implemented in some or all UC schools.

“Students interested in being a representative should be passionate about issues concerning UC education and should not be afraid to be outspoken, because they carry crucial student perspective,” said Douglas Wagoner, Associated Students’ Executive Vice President for Statewide Affairs.

He adds that interested students should at least have a “comfortable academic standing” balanced with ethic and dedication in order to handle the workload expected from a representative.

Magaña springboards from this and says that, as representatives, students have to attend monthly meetings and in preparation for these, read big packages of information that deal with the topics to be discussed in the meetings.

“This is a position that asks for a lot of time commitment,” she said. “It doesn’t hurt to apply. This opportunity is here for you to take.”

Even if students are not interested in standing in as a representative, both Wagoner and Magaña suggest that students still try and look into their student governments and ask about leadership opportunities in order to be more involved in the direction of their education. In the same way, Magaña recommends joining student organizations as another means of representing student issues.

“We students are all equally affected by budget cuts and fee increases, which is why we should collectively work to raise awareness. The more people you can get, the more the impact,” said Wagoner.

Representatives’ terms will run from July 2011 until May 2012. The deadline for applications is on Friday, April 29 at 5p.m. For more information, interested applicants can contact Louise Hendrickson, University Affairs & CSF Director at uadirector@ucsa.org.