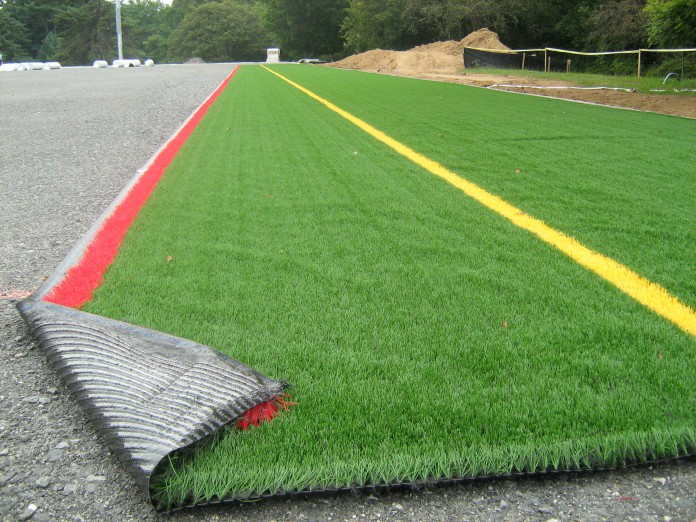 The Recreation Facility Enhancements measure on the Associated Students spring ballot will allow undergraduate and graduate students to vote on a new fee of $15 per student per quarter to install new turf fields and repair Robertson Gymnasium’s roof.

The push for funding began in October 2010 when Adam Schneider, a third-year Political Science and Economics double major extensively involved in Recreational Sports, was inspired to propose a referendum after receiving a wish list of improvements from athletes. Schneider gathered over 3,000 student signatures before putting the measure on the ballot.

“As far as why we, the students, are paying for facilities that should be given by the university is that they can’t afford it,” said Schneider. “It’s a responsibility that they’ve dropped.”

Considering that 81 percent of UC Santa Barbara students participate in Recreational Sports, Schneider says that the university should recognize their needs.

“However, the university has a responsibility to prioritize academics over recreation, which is why they have been forced to continually cut our budget,” he said.

This has led to the neglect of facilities like Storke Field and Rob Gym.

Rainy downpours render both Storke Field and Rob Gym unsafe for athletic play. The lacrosse field drains poorly and Rob Gym’s roof leaks. Caretakers of the gym use trash cans and plastic tarps to protect the floor but still have to mop before events. Games are often postponed, relocated or cancelled.

Paul Ramsey, the coach for the women’s lacrosse team, says that the new facilities will attract students to use them. He also says the turf fields are better for the environment.

“By putting in artificial turf, we’ll save on the irrigation, the fertilizing, the pesticides, and the labor that goes into mowing the field,” said Ramsey. “Plus, it’s made of recycled tires and fibers.”

Schneider says that the turf fields will save money on maintenance cost. Lane Jaffe, the head coach for the men’s lacrosse team, adds that because UCSB is a prestigious university, it is important to evolve.

“We should expect the best of ourselves and create as many opportunities as possible for as many students as possible,” said Jaffe. “That’s the point of college: to generate opportunities.”

“It’s not a tiny number,” said Schneider. “Fifteen dollars a quarter adds up.”

But 25 percent of this fee is a return-to-aid surcharge that will go directly to financial aid.

If passed, the measure will collect nearly $750,000 from UCSB’s 22,218 students in the first year alone. This number excludes the fees paid by students enrolled in summer quarter. Recreational Sports will also collect the fees for 33 years without reaffirmation to support the 30-year bond.

Ramsey says that the measure is not ideal right now in the face of tuition hikes.

Schneider said that it’s not fair that students must fund the $640,000 project considering how much students already pay to go to this school.

On the other hand, Schneider says that many university buildings, such as the Recreational Center, the Student Resource Building, and the Thunderdome, would not exist if it were not for students voting in favor of new mandatory fees. He calls these additions a “legacy.”

Still, Jaffe says that the benefits of the measure outweigh the costs.

Students will be able to vote through their GOLD accounts from Monday, April 18 at 8 a.m. through Thursday, April 21 at 4 p.m.