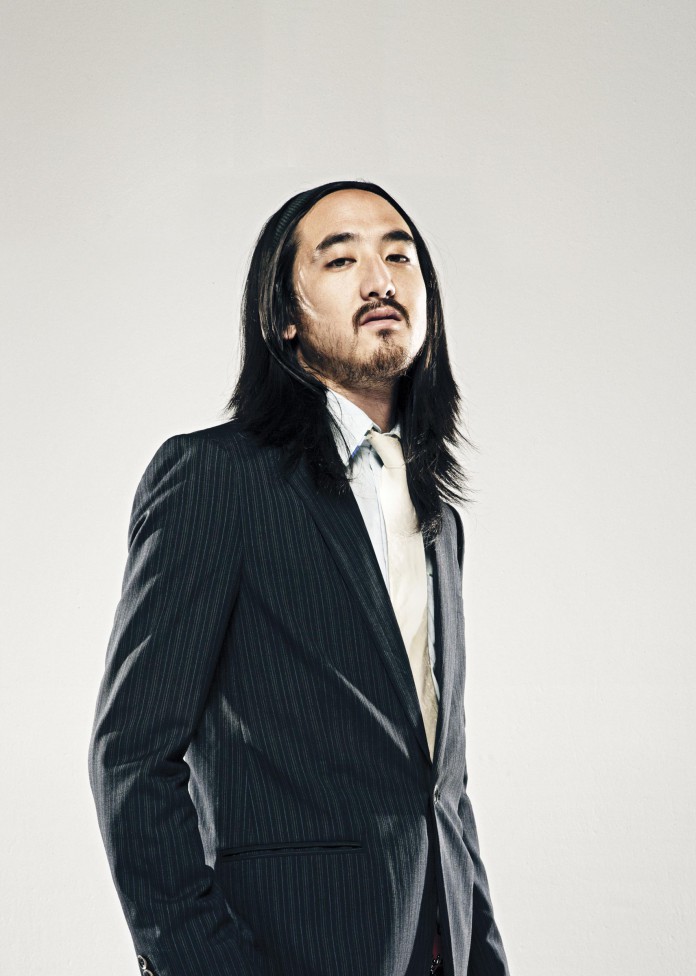 Modern technology has paved the way for a new breed of musical artists unofficially dubbed “bedroom producers” who manage to achieve high levels of popularity independently from major label assistance, often times armed only with a Macbook and Pro Tools digital recording software. On Thursday, March 31st,The Hub at UC Santa Barbara co-sponsored a free event alongside the Associated Students Program Board that featured an act who epitomizes this innovative approach: electrohouse DJ and UCSB alumnus Steve Aoki.

Aoki’s fame is rapidly rising, most notably for his remixes of songs by popular artists like Bloc Party and Snoop Dog, and with his upcoming album set to feature the likes of Lil’ Jon and Weezer (among others), it appears to be only a matter of time before Aoki achieves mainstream status. A.S. Ticket Office had given out all of its 850 tickets by Thursday afternoon, generating waves of desperate Facebook posts by people pleading to anyone who were willing to sell their ticket. There was a lot of hype for the show and by the end of the night one thing was clear: Steve Aoki is a boss. He could make a decent remix out of anything— maybe even Rebecca Black’s single, “Friday,” though even he didn’t dare attempt it.

People began showing up around 7:00 p.m. the night of the show. I heard numerous horror tales from attendants about their desperate scramble to secure a ticket. Many of them had arrived by 8:00 a.m. that morning, two hours before the ticket office opened, only to find 100 or more students already waiting in line ahead of them.

“The line wrapped around the Multicultural Center building all the way to the lagoon behind Ortega dining commons,” said UCSB first-year Film Studies Major Kimberly Flores.

Almost everyone had heard of Aoki via word of mouth or Youtube, and only very recently. The song “WARP,” on which Aoki collaborated with Italian electronic music group The Bloody Beetroots, was overwhelmingly the common spark that drew people to Aoki’s music like a gamteway drug, unleashing them onto the world of electro.

Unfortunately, the first band of the night did not live up to the crowd’s high standards. The Santa Barbara based electro-house duo FMBM delivered a weak showcase of house beats that managed to generate only lukewarm enthusiasm from the crowd before the main-attraction. There was so much standing around, it felt like a timid middle school dance.

That changed once Steve Aoki was set to take the stage.

Chants of “A-O-KI!” reverberated as the opening track boomed forth, sending The Hub into a frenzy of sensational, rhythmic movement. There was jumping, swaying, raving, gestating and pumping of fists: it was a cave of entranced, burning mob motion and radiating body heat. Aoki was the undeniable master of 850 UCSB students’ emotions for the remaining two hours of the night.

Amidst Aoki’s set, a synchronized pulse formed within the crowd as we all lost ourselves to the shared experience and to the will of the music. With at least a quarter of the attendants wielding Redolgia’s green glow sticks, the whole place was reminiscent of some fictional dystopian future dance club, like a scene of Zion cut from one of The Matrix sequels. There were lightshows, grinding bodies groping each other while covered in sweat, and minimal interference from C.S.O.s to ruin the fun. I even caught whiff of a rumor that this Hub performance was louder than most by about 10 decibels.

“UCSB, make some noise if you’re partying with me!” Aoki screamed midway through his performance of “WARP.” Later, like the front man of some hardcore group, he mounted a support beam running across the ceiling of The Hub directly above the crowd, then fearlessly dove into the mob below. It was a testament to the underground and punk bands that influenced him while growing up skateboarding and surfing around the Newport Beach area. The crowd sang along perfectly with his remix of Kid Cudi’s song “Pursuit of Happiness,” with Aoki pausing the music and the crowd filling in for whole segments of verse.

“I can hear the hardcore influence when he screams and stuff. It adds an original flavor to his style; makes it darker and more harsh sounding,” said Jake Stamper, a UCSB graduate student working towards his Masters in Economics.

There were a lot of complaints that there wasn’t any alcohol served at the event, but this was for the best. The rampant presence of drug use by the attendants of the show made alcohol too dangerous of a health risk. There were A.S. members distributing water in the back of the venue to prevent any kind of dehydration, but they denied that ecstasy or any other drug was a main concern of the night.

“We just want to keep everyone hydrated,” A.S. member Cyndi Nguyen said. “We don’t know anything about whatever assumptions people are making about there being ecstasy use, we just want people to keep it as safe as possible while they dance.”

That said, it would be naïve, maybe even blatantly ignorant to deny the obvious presence of outlawed chemistry in the room. Signs of ecstasy and marijuana use were everywhere: what else were all those baby pacifiers and bright lights for? And there was the unmistakable scent of Cannabis smoke in the air.  Whether they were aware of the drugs or not, the event’s staff and producers handled the situation well and no mishaps occurred.

However, there was one thing bothered me the whole night: the event was free because it was funded by a portion of our tuition money that was given to A.S., the use of which we voted on. It didn’t seem fair to me to have had everyone contribute to an event that only ended up housing 850 people on a first-come, first-serve basis. If A.S. is going to take a portion of all of our money and use it to put on an event, they should at least make sure we all have access to it by staging it at a larger venue, like the soccer field, where they could admit more people. I don’t know the details of the circumstances, but the bottom line is that on Thursday night everyone paid for the enjoyment of a few, and that’s just strange. I would prefer people paying a standard ticket price to a show under those conditions because at least then only the people who actually see the show pay for it.

Other than that, the night was fantastic. You can check out a few video clips of the performance on Youtube that were uploaded by musicaltechnology, one of the video titles being “Steve Aoki-UCSB- Opening #1.”

Crowd Favorite ‘The Fire Department’ Triumphs at Battle of The Bands