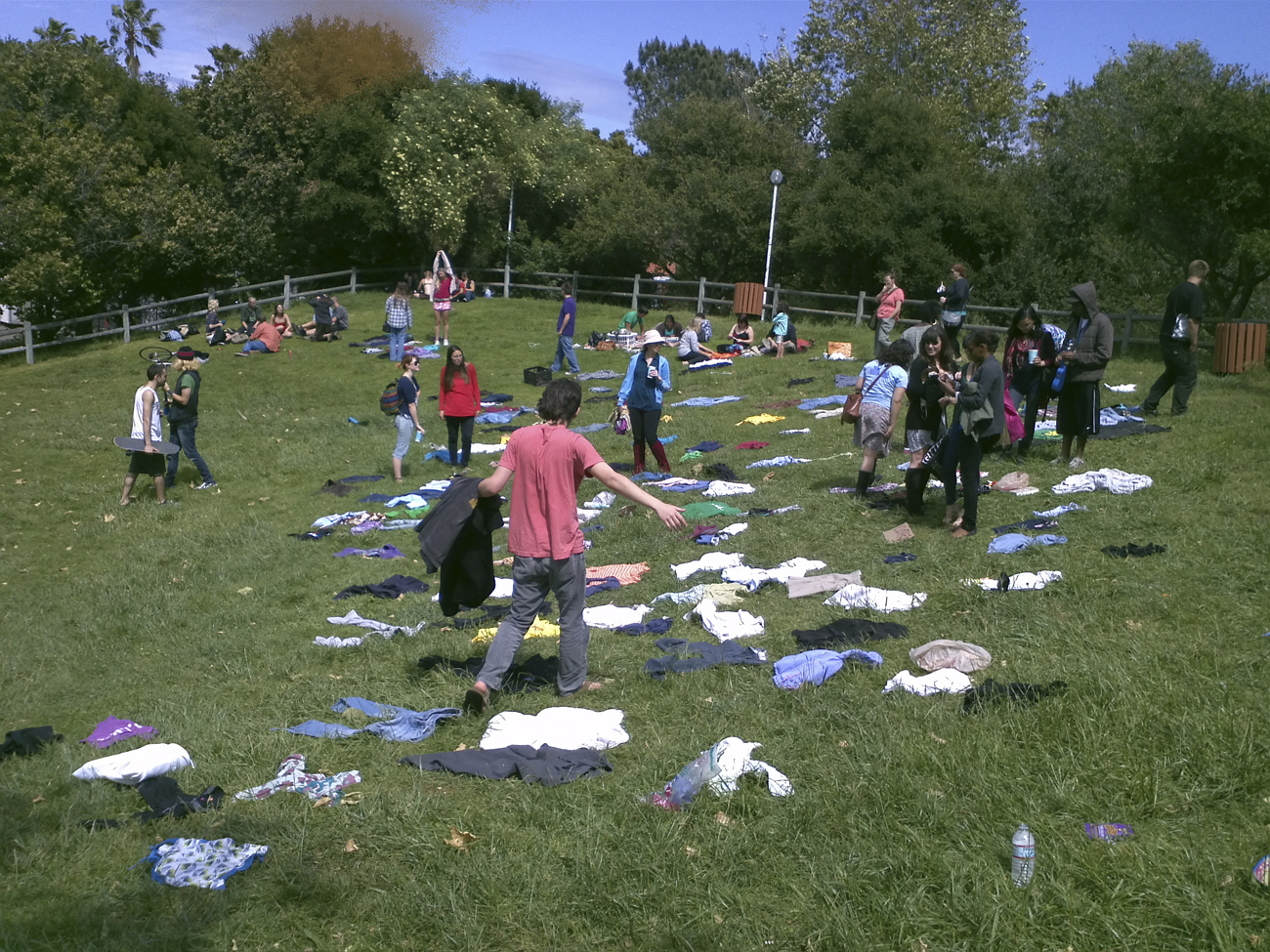 The variety of secondhand goods available at no cost to the consumer was astonishing at the Really Really Free Market, held at Anisq’Oyo’ park this past Saturday, April 23. This market was “free” in all senses of the word.
As I arrived at the market, I noticed that there were a lot of books and clothing to browse through. They offered refreshments, as coffee was donated to the cause. A few minutes later, Eric Wolff from KCSB arrived with a bunch of CDs and records to donate to the market from their playlist library. He even brought an unopened Coheed and Cambria record, which was snatched by the first person to lay their eyes on it.

This market grew as the day moved on, evolving and changing throughout the day as new people arrived and added their leftovers to the market and as people took things that interested them.

Jim Effen, an entertainer living in Ellwood who had heard about the event through Facebook, was excited about the opportunity to get useful stuff for work and for entertainment.

“I got a laptop, a camera, clothes, books, a wig, a video game, shoes, a vuvuzela, a wig…wait I already mentioned the wig, and more,” he said.

While the gift economy implies that everyone who takes something from the market should contribute something, the moderators of the Isla Vista RRFM emphasized that you did not need tangible goods to give away in order to participate in the event. The Isla Vista “Pirate” and some of his homeless friends were wrestling and joking with one another at the market, making their own contribution by bringing laughs and a cheery atmosphere.

Zack King, a former Sociology major at UCSB who helped organize the event, explained that the RRFM is helpful in putting our waste to good use.

“The success of a RRFM depends on everyone’s contributions, so it’s all about spreading the word to the community,” King said.

RRFM’s were started in the mid 1990s to provide an alternative to our state capitalist economy, and their proliferation across the country has been steady ever since. RRFMs implement a gift economy in which there is no explicit obligation to pay for things, and as a result the banks, corporations, and governments cannot profit from these free exchanges.

RRFMs strive to reduce our dependence on the US dollar, since our reliance on their currency allows them to tax and print more money entirely to their own benefit. RRFMs are attempting to cut out the middlemen that extract their tolls at every single step of the exchange process.

This movement is trying to stress that mass-production has led to overproduction, and that we would have an abundance of resources to share freely if only we could make use of the waste products of capitalism. One person’s worthless hand-me-down clothing is another person’s warmth through the winter.

RRFMs have become monthly occurrences in many cities because of the advantages of operating outside of the regulated economy.

“A regular RRFM in Santa Barbara is a good idea,” said Jaret Ornelas, Community Labor Coordinator for Associated Students and one of the organizers of the RRFM. “But it all depends on people bringing their leftovers, so once a month might be too often.”