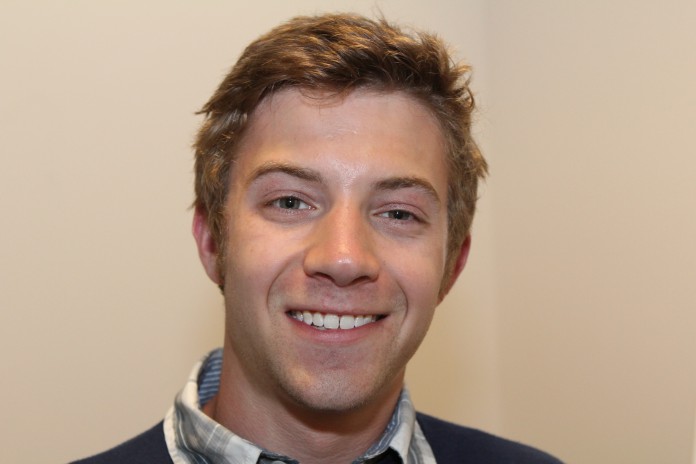 Since becoming the newly elected Associated Students (AS) President for UC Santa Barbara, third-year History of Public Policy major and Open People’s Party (OPP) candidate Harrison Weber has had a lot to talk about. Not only is Weber currently selecting his staff and re-organizing his presidential office structure for next year, but he’s also working on creating a “transitional government forum” with current AS President Paul Monge-Rodriguez of the Democratic Process Party (DP Party).

“I want to make sure everybody knows, whether you voted for me or not, that I’m still going to do my best to represent you,” said Weber.

Acutely aware that 48 percent of the student population didn’t vote for him this past election, Weber is striving to create open dialogue and communication channels with all UCSB students before he even sets foot in his new office. With a significant OPP majority elected to AS executive and legislative government next year, many students have expressed concerns and fears that their voices will not be heard in AS this upcoming fall.

“I have a bigger level of responsibility now of addressing issues that students feel may not be,” Weber added. “People’s feelings at the end of the day may be hurt, but they won’t be shut out.”

While encouraging an “open-door policy” for students all across campus, Weber wants to especially reach out to those involved in Organized Student Life (OSL) groups, as well as frequently “dropping in” on all Boards, Commissions, and Committees (BCC) meetings. While he is concerned with building better relations with these student organizations, Weber would also like to see first-hand how AS student fees are being utilized.

“I want to set up a one-on-one interview with every BCC and ask them where do you think you can sacrifice,” Weber explained. “I do care about where students’ money goes, and care about it being used responsibly.”

Weber also wants to utilize campus media relations, as well as university announcements, more effectively in order to inform students on significant AS actions and projects.

“Certain students don’t really take seriously the crux of our platform, which is that we’re an open party,” said Weber. “I want the nitty-gritty info that students don’t know sent directly to them.”

As current Student Advocate General on AS Executive Board, Weber has experience not only in properly representing and supporting student voices but also in student dissent. Communicating and championing student causes has been his executive prerogative all year, and Weber is looking forward to doing so from the presidential seat Fall 2011.

“I love this school dearly. I wouldn’t stick around for a second Exec term if I didn’t,” said Weber. “I literally think there are so few opportunities for students to have the ear of the chancellor.”

While acknowledging the fact that the bulk of his new policymaking won’t take place until the beginning of the 2011 academic year, Weber still plans on being involved as the new AS President as soon as possible.

“I know fall quarter is going to be the most effective,” Weber stated. “But it also depends on a productive summer, leading by example for the winter and spring and keeping up with the promises you make in the beginning.”

One of Weber’s projects as acting AS President this summer will be engaging the interests of incoming freshman and transfer students at orientation, and letting them know how they can be involved at UCSB.

“I want to hand students a quarter-sheet with their contact info and list of interests, and send out messages about student involvement similar to what they do during FSSP,” elaborated Weber.

Once his presidential term officially begins, Weber’s communication skills will surely be tested amidst various student interest groups. However, Weber is fully confident that he can navigate and maintain diplomatic relations with everybody who needs to be heard and represented.

“What students need to realize is there’s probably more to me than meets the eye, you just need to have a little faith and come talk to me,” concluded Weber. “No decision will ever be made top-down.”