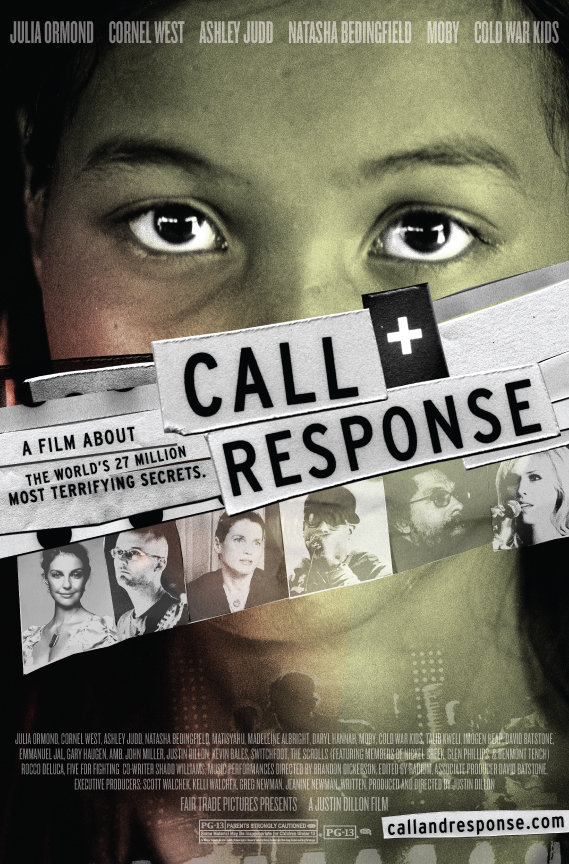 Slavery is very real today in different industries all over the world. Believe it or not, there are more slaves today than there were in any time in human history. The documentary film Call and Response reveals many shocking facts about human trafficking and slavery occurring in the world at this moment.

On Wednesday, April 20, the Asian American Christian Fellowship (AACF) will be screening this eye-opening film free of charge at 7 p.m. in Campbell Hall.

Third-year Sociology and Asian American major Wendy Lee, who holds officer positions in AACF for Prayer Ministries, Freshmen Bible Studies and Outreach ministries, had the opportunity to intern with Call and Response and hopes to open the eyes of others through this screening in the way that hers were opened by the organization.

“Even though we are a Christian club, we are not so different that we can’t cooperate with other people. We saw this as a great opportunity together work with other diverse groups on campus such as Associated Students and human rights groups to outreach to everyone,” said Lee. “We are hoping that everything about the film attracts the entire UCSB student body and the Goleta community.”

The documentary offers an interesting approach to the issue of human slavery by setting the scene with a common scenario of a group of men having a bachelor party but upon arriving at a massage parlor, they find that children are being forced into labor there. The film provides shocking statistics from political activists and cultural figures about the number and cost of children who are slave workers.

In addition to showing terrifying facts and interviews, the film prompts people to take action in the twenty-first century abolitionist movement to end slavery. The project brought together popular musicians such as Moby, Natasha Bedingfield, Cold War Kids, Imogen Heap, Five For Fighting and Switchfoot to raise awareness through music.

“[The documentary] connects the music of the American slave fields to the popular music we listen to today, and offers this connection as a rallying cry for the modern abolitionist movement currently brewing,” says Dr. Cornel West, a speaker in the film.

To further promote music as a form of expressing human rights, Bay Area artist Mickey Cho will make a guest appearance to show how anyone can make a difference in the world with their musical talents. Lee hopes that students will recognize this connection in order to partake in the movement to make a change.

“Slavery and human trafficking are some of those things that people don’t want to think about because they feel that they can’t connect to something that seems so far away. But this film shows how everyone in the world is affected by it,” said Lee.

Following the film, members of many organizations will offer more information about how to become a part of the abolitionist movement to end slavery. Members of non-profit organizations such as Call and Response, the Nomi Network (founded by UCSB alumni Diana Mao), Invisible Children, Not for Sale, local Santa Barbara organizations, human rights groups, and social justice student groups will be available to answer questions about what steps students can take next, to provide information on internships and opportunities to become involved, and to promote businesses that only sell slave-free products purchased through fair trade.

For more information on the film, visit callandresponse.com.