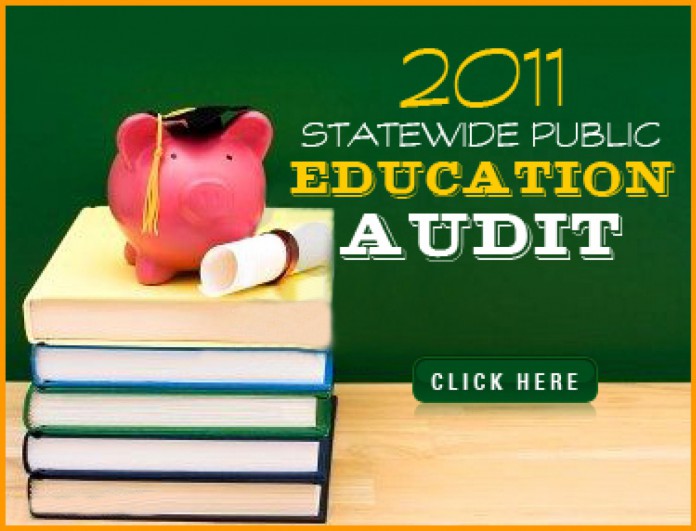 Californians Aware gave UC Santa Barbara an “F” for the availability of public records, according to an audit released by the organization. But the report has raised some questions by school officials.
The audit, which graded all the California State University and University of California schools on their ability to produce certain documents that are available through the California Public Records Act, used criteria based on the law and the organization’s interpretation of the “spirit of the law.”

Each university started with 100 points. According to the report, UCSB lost points for failing to respond within ten days; obstructing the records request; and failing to provide documents about Chancellor Henry Yang’s employment contract, expenses and Statement of Economic Interest Form 700 within 30 days.

As a part of the audit, Californians Aware published all documents it received from the campuses on its website as well as the e-mail correspondence related to the request process.

According to the correspondence, UCSB Public Records Information Coordinator Mari Tyrrell-Simpson responded to the organization’s request on the same day it was made.

But Californians Aware penalized the university for not responding within ten days.

UCSB also lost points for failing to provide the agenda, minutes and contract from when Chancellor Yang was hired as well as the Chancellor’s Economic Conflicts of Interest Forms within 30 days.

But according to UCSB Associate Vice Chancellor for Public Affairs Paul Desruisseaux, those are not records UCSB keeps, and a request to the Office of the President that oversees the UC system would produce those documents.

“They dinged us for not providing information that we don’t keep,” Desruisseaux said. “Our campus has a very responsive and responsible public records department, which is Mari [Tyrell-Simpson]. She does a great job.”

In the correspondence, Tyrell-Simpson informed the requestor that those documents were not available at UCSB and that they should request them from the Office of the President, but Californians Aware still faulted UCSB in the audit for not producing those documents.

Emily Francke, Executive Director for Californians Aware, made the requests under a pseudonym and said that if the campuses have the documents, it is their duty to release them.

Francke took particular issue with the availability of Form 700, which, according to school officials, the Office of the President holds.

“First of all, I don’t buy it. If they’re doing that, it means they’re deliberately removing it from the source where students and faculty can’t just walk in and see it on the spot as the law intended. It’s not against the law, but we feel that in the spirit it should be available locally,” Francke said.

But according to Ricardo Vazquez of the Office of the President, Form 700 is available to anyone who wants to see it.
Vazquez said that copies can be obtained by calling the office of the General Counsel, or coming to the office. Appointments are not necessary, but advanced notice would cut down on the waiting time, according to Vazquez.

Some of the grading criteria imposed a 30-day deadline on the delivery of documents, although the law has no explicit time limit.
Francke said that the 30 days was their interpretation of the law.

“It’s something we interpreted based on the type of documents we requested,” she said. “We didn’t see any reason why any agency couldn’t produce those documents within 30 days.”

The Office of the President disagrees with that interpretation.

According to a statement released by the Office of the President, the UC system responds to more than 3,000 requests a year and takes issue with the audit.

“We believe the report is deeply flawed,” Steve Montiel, a Media Relations Representative for the Office of the President said in a statement. “You have to question the validity and fairness of any report that characterizes an entity’s CPRA compliance as a failure despite the release of records in accordance with the law. We dispute the 30-day grading standard. There’s nothing in the law requiring that requested materials be provided within 30 days.”

According to the correspondence released by Californians Aware, the request was fulfilled within 45 days of when it was made on November 29, 2010, including the week between Christmas and New Years, during which time the university was closed for four days.
Form 700 deals directly with Chancellor Yang’s finances as a way to report and avoid conflicts of interest. In this document, Yang noted that he donated some of the money he earned to a special fund at UCSB.

“My activities and travel are focused on helping to advance UC Santa Barbara,” Yang said in an e-mail. “On occasion, when I travel on UCSB business, the host sometimes adds on an invitation for me to give a keynote address or participate in some other higher education advisory activities for which they offer a token honorarium. It is my practice to never take any honorarium, but rather to take that opportunity to give to our university.”

Yang asks that the honorarium be donated to a fund called “The Dilling Yang Staff Scholarship Fund at UC Santa Barbara.”

“This account, held by The UCSB Foundation, provides scholarships for staff to participate in professional development opportunities on our campus,” he said.

With these documents made public, a good portion of Yang’s finances is on display for the public.

“For my wife, Dilling, and me, our public and personal lives are closely intertwined,” he said. “Being a chancellor is a 24/7 job.”

According to Desruisseaux, UCSB is very serious about the availability of public records and felt the university did nothing wrong in the process.

“Our campus is committed to transparency, and in this instance, the responding party did not play fair,” Desruisseaux said. “On our campus there are things that people are going to be critical about. And the way our public records office does it, there isn’t anything that should be criticized about that. That’s an area we are really not going to make an apology for.”