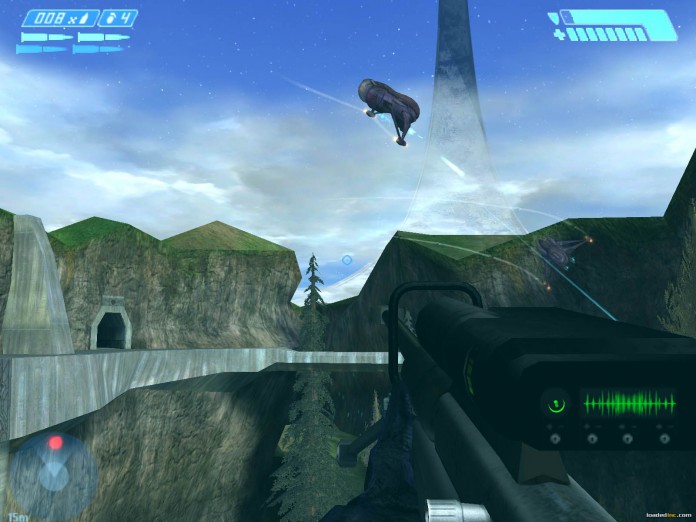 First-Person Shooters have evolved dramatically since the days of Doom and GoldenEye 007. They are routinely becoming more realistic, violent, immersive, and intense. With graphics improving and production values rapidly increasing, it is no surprise that they have only grown more popular. Now that we are entering a new decade, it’s a good time to look back on some of the best titles of the last decade. Here are my picks for the Top 10 Best FPS games of the last ten years.


With its innovative approach to horror, F.E.A.R. scared our pants off with psychological suspense rather than simple tricks (such as having a monster leap out at you). When the literal fear took over, the screen would grow blurry and your character would hallucinate, making the game highly immersive and atmospheric. It introduced the unique ability to slow down time, giving the player ample time to react under intense situations. F.E.A.R also capitalized on the classic “scary little girl” horror trope through Alma, whose appearances—in an elevator, at the top of a ladder, etc.—were totally unexpected. F.E.A.R. provided a suspenseful gaming experience which did not simply rely on cheap scares.


Crysis was, and still is, one of the most visually stimulating FPS games of all time. The very impressive CryEngine 2 was notorious for lagging on even the most extensive battle stations. An open environment and snazzy Nanosuit allowed players to assess situations in a multitude of ways. The suit had four unique abilities, and each offered an array of vastly different tactics. The cloaking element aided players who preferred a stealthy approach while armor encouraged them to engage in heavy fire-fights. Speed and strength allowed the player to traverse the breathtaking environment. With mind-blowing first-person cut-scenes and a highly immersive atmosphere, Crysis definitely earns a spot on this Top 10.


Guns, friends, zombie apocalypse: Left 4 Dead. A ridiculously entertaining team-based co-op experience, Left 4 Dead introduced us to a new brand of survival horror. The characters were instantly likable and believable, as each had over 1,000 lines of dialogue. Even the game’s enemies were memorable; players were never simply shooting up a mass of regular “infected,” there were several “special infected” zombies that required teamwork to take out. Left 4 Dead strongly pressed the aspect of teamwork, as players had to regularly guard, rescue, and heal one another in order to survive.


With the ability to support up to 64 players, Battlefield 1942 was one of the first large scale multiplayer FPS games. It was incredibly realistic—each map was based on a historical battleground and the game utilized classic 1940’s artillery such as the M1 Garand rifle and German panzer. The game also included aircrafts, jeeps, and land-mine warfare. Battlefield 1942 has since spawned many successful sequels such as Battlefield: Bad Company, Battlefield 2, and Battlefield Heroes.

Team Fortress 2 was the highly popular sequel to its predecessor Team Fortress Classic, which was based on a mod from Quake. It is renowned for incorporating humor into multiplayer through character mannerisms—such as Heavy eating a sandwich after killing someone—and character dialog—such as Heavy saying: “Me and my sandvich coming to kill you!” The artwork/visual style was also a fresh visual take on FPS games; the bright colors were a huge change compared to the “gun-metal grays” and “post-apocalyptic browns” typically assigned to FPS games. The cartoony character designs and wacky dialog make for a hilarious and unforgettable multiplayer experience.

Deus Ex is an underrated cyperpunk (think Matrix) shooter. It was one of the earliest FPS/RPG hybrids as it incorporated a skill system, dialog system, inventory system, and classic shoot-‘em-up elements. The plot was incredibly intricate, involving government conspiracies, terrorism, and gang warfare. It was popular for its replay value—there are literally dozens of ways to assess situations based on your personal game play style: you can go at it guns blazing, stealthily, or a mix of the two. Deus Ex also encouraged exploration and environment interaction which stretched the game play out considerably, offering an average of 20 hours of highly sophisticated fun.


Call of Duty 4: Modern Warfare expanded on the Call of Duty franchise by bringing it into modern day, which provided a fresh and highly intense form of combat. It incorporated the perk system which allowed gameplay customization and interesting objectives. It also boasted a much more engaging single-player campaign than any of its predecessors. Easily one of the most widely-played FPS games of all time, Call of Duty: Modern Warfare is the ultimate gateway for those who are new to the genre.

Play Bioshock, would you kindly? Bioshock did more than simply entertain us, it made us think. It elegantly combined philosophy and literature, including multiple nods to Ayn Rand and Friedrich Nietzsche. The setting was the highly atmospheric Rapture, an underwater civilization falling into ruin. The game play blended FPS and RPG elements, and the wide variety of plasmids invited players to interact with the environment and engage in endless forms of combat. With your hand alone, you could roast, freeze, electrocute, or even shoot bees at your enemy. The plot was dark and engaging, even brutal at times. Bioshock is more than a game: it is an experience, and a highly recommended one at that.

What would a Top 10 be without Halo? Halo: Combat Evolved was the quintessential Xbox exclusive game, and we all played it to death. It revolutionized combat by including health regeneration and an arsenal of exciting weapons, vehicles, and environments. It had an addictive multiplayer mode, an engaging story, and an intriguing central character, Master Chief. Halo was a truly groundbreaking shooter that has continued its success, spawning a number of highly acclaimed sequels. There is even a Halo movie in production, dated for release sometime next year!

Everyone’s favorite crowbar-wielding mute scientist leapt back into action in the highly acclaimed sequel to Half-Life (1998). Half-Life 2 revolutionized FPS gaming with its physics-based Source engine. The gravity gun doubled as a tool and a weapon, and was by far the most innovative gun in any FPS during its time. The gravity gun incorporated physics into the game, which invited players to interact with the environment, solve puzzles, and engage in a new breed of combat. Half-Life 2 also introduced us to the highly memorable heroine, Alyx Vance, who assisted us through thick and thin and offered comic relief when the game got intense (especially towards the end—phew!). Like its predecessor, the game did not rely on any cut-scenes, which resulted in a smooth and immersive narrative. A highly revolutionary, polished, and ground-breaking game, Half-Life 2 truly is the greatest FPS of the last decade.

In Photos – “Sacre” by Yaron Lifschitz and the Circa Ensemble

In Photos – Welcome to Thriftopia