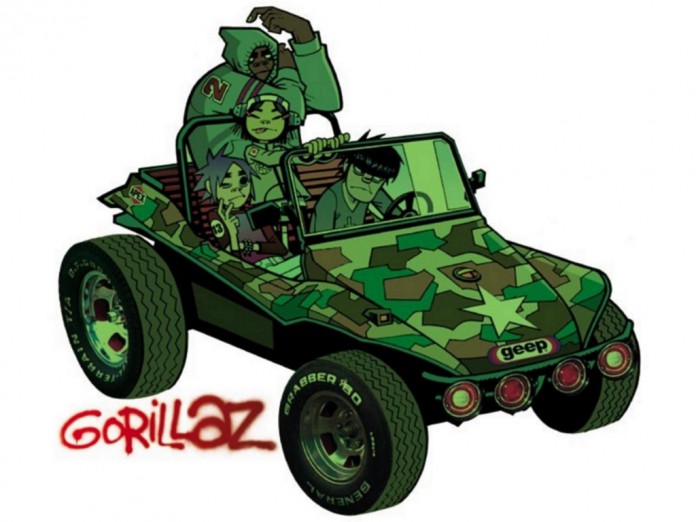 With their unique way of smashing styles together, the Gorillaz have always been, and may always be, a music genre of their own.

Fronted by cartoon characters with a detailed alternative virtual world behind them, the brainchild of cartoonist Jamie Hewlett and Blur front man Damon Albarn birthed the self-titled Gorillaz Album in 2001.

The album boasted mixes of Latin, hip-hop, electronic, dub, spoken word and pop that when churned together, produced a work that sold over 7 million copies and landed the Gorillaz in the Guinness Book of World Records as the Best Virtual Band.

“Gorillaz” starts with “Re-Hash,” giving you the perfect first taste of the band. Mixing hip-hop with a hypnotic acoustic guitar, you can sense the band has no limits when mixing the unmixable. This bleeds into “5/4” where a synthesizer is added for your listening pleasure.

“Tomorrow Comes Today” is a hip-hop number featuring a great bass line with a blues harmonica perfectly setting the tome to the song.

The most famous track, “Clint Eastwood,” is the song that introduced most to the Gorillaz with its crazy music video being featured on Cartoon Network’s Adult Swim. With a spirit spitting lyrics that define him like a cobra, it’s hard not to like the tune. Some classics are “but y’all can see me now ‘cuz you don’t see with your eyes, you perceive with your mind” and “Feelings, sensations that you thought was dead, No squealing, remember that it’s all in your head.”

“Punk” explodes into exactly what you expect. This is the first dip into punk the Gorillaz makes, but the attempt is successful, giving a nice throwback to The Clash or the Sex Pistols.

“Rock the House” gives you a feeling of 1990s ska with the horns while still employing a rap sequence with a samba from a piano. You can’t help but nod your head with the song.

“Latin Simone” just oozes sex, reminding you of a steamy Latin club with hot bodies languidly draped upon one another, slow dancing to the tune. Hot. Just plain hot.

“Left Hand Suzuki Method” finishes off the album, sounding like a crazy track for a “Kill Bill” movie. With a hip-hop beat, but Asian strings, a jaunty Sousa-esque piano, Alfred Hitchcock edge-of-your-seat violins and a monologue from the Japanese guitar player “Noodle”, this last track captures the musical essence of the Gorillaz.

“Gorillaz” isn’t an album for the club, but rather for chilling at your house, remembering when experimenting with music was cool.