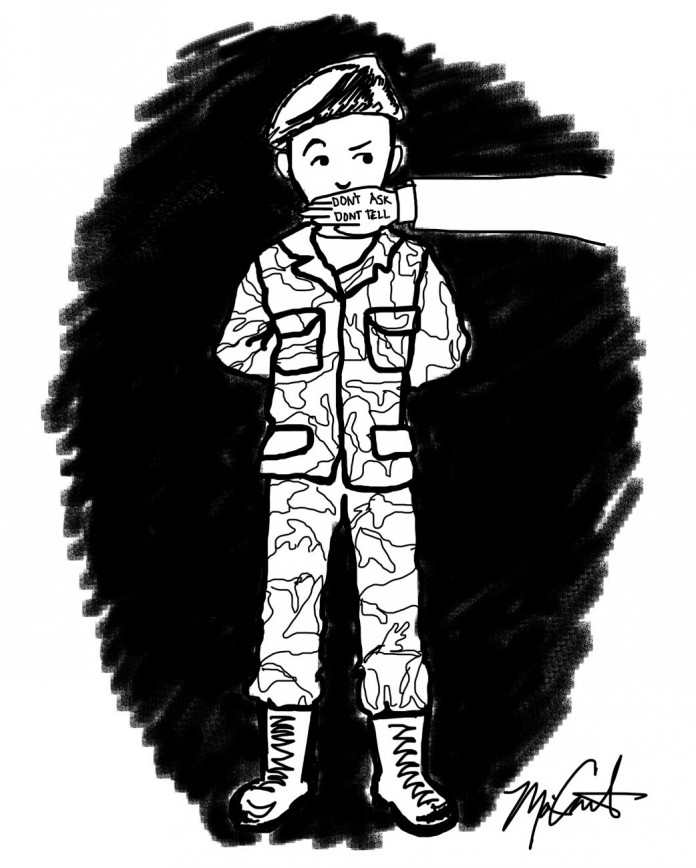 The Senate voted 65-31 to end Don’t Ask, Don’t Tell (DADT), a 17-year ban of gay and lesbian military personnel serving openly in the military, on December 18, 2010. Two months later, people are still wondering what kind of effects the repeal of DADT will have on the gay and lesbian community as well as on their work toward greater equality in the United States.

The repeal was definitely something that needed to happen. The military should not be exempt from displaying a tolerance for all people.

I asked the opinions of two members of the gay and lesbian community and a member of UC Santa Barbara’s Reserve Officers’ Training Corp (ROTC) program to see what they thought about the repeal and its effects.

“I think [the repeal is] something that’s needed to happen for a while. I don’t see a reason why anybody shouldn’t be allowed to defend the country they live in if they want to,” said UCSB second-year Math major and Queer Historian for the Queer Student Union Erica Rohde.

“A lot of folks within the [Lesbian, Gay, Bisexual, Transgendered, and Queer/Questioning] community have expressed their concern with President Obama’s dedication to equality, but I hope those concerns are less severe as we move into the next election cycle,” he said.

Many people have felt that allowing gay men and lesbians to openly serve in the military will be detrimental to the cohesiveness of the unit. But there doesn’t seem to be any reasoning behind the idea that an openly gay man or lesbian in the military would negatively affect the way a unit works. Isn’t everyone there for the same purpose?

“I would have no problem serving with an openly gay service-member,” said Hirschler. “Many military personnel in all branches will say they have served with someone who is gay and that they met the standard in every way.”

The repeal has the potential to cause activists to shy away from other pressing issues in the LGBTQ community. Some have speculated that the repeal will cause opponents to tell the activist community to quiet down because they got the victory they wanted.

“I don’t think it’ll make it easier to get marriage equality, but I definitely think it’s along the same track. It’s a step in the right direction,” said Rohde.

Some students, on the other hand, do not feel as hopeful.

Hazel Putney, a UCSB fourth-year Sociology and Feminist Studies double major and Associated Students Queer Commission Co-Chair, said she feels grateful for the repeal of DADT but sees it as something that the LGBTQ community needs to now move beyond.

“While I do see the repeal as a victory, I personally feel that the LGBTQ movement should focus on more pressing issues, such as violence against queer and transgendered people, suicides and homelessness amongst queer youth, and employment and housing issues,” she said.

The DADT repeal was indeed a great step in the right direction for the LGBTQ community as it removed one more piece of unnecessarily oppressive legislature. But Putney makes an excellent point, which I think is incredibly important to remember—it’s not over. Like she said, there are still many issues that still have yet to be resolved and although the repeal of DADT was a great victory, much has yet to be done before social equality is fully achieved.