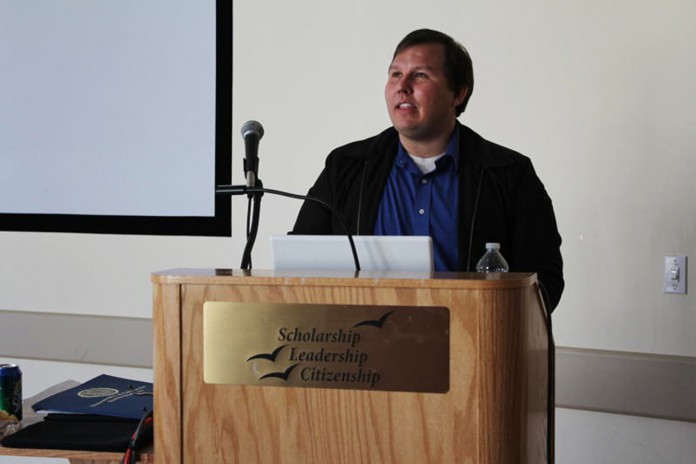 UC Student Regent Jesse Cheng and Student Regent-designate Alfredo Mireles met and discussed the application process to become next year’s Student Regent with students and staff in the UC Santa Barbara Student Resource Building on Friday, February 11.
Applications are now being accepted for the 2012-2013 school year.

According to the University of California website, the Regents are composed of 26 members and make decisions regarding the UC’s future, appointing officers, financial decisions and matters relating to educational programs. The Student Regent is a voting member of the board who attends meetings and helps make decisions with other members.

The application requires that an applicant be an undergraduate, graduate or professional student in good standing at one of the ten UC campuses. Reappointment is not allowed and all Student Regents serve for a one-year term. Students are not allowed to be elected or appointed to any position in student government and must resign that commission at the time of becoming a Student Regent.

The Student Regent for next year will be appointed in July 2011 but does not become a voting member of the board until July 2012, holding the title “Regent-Designate” until that time. The Regent-Designate is allowed to participate in all meetings, but cannot vote.
“One of the pros of being a Regent is you really get to advocate for students in the community at the highest possible level,” said Mireles.

Mireles said that advocating changes in policy and instituting projects is one of the more fulfilling parts of the job. He listed a tobacco-free UC and a Graduate Student Bill of Rights as some of the things he will be working on in the near future.
But being a Regent has its challenges as well.

Mireles also said that being a Regent means seeing the full scope of the budget shortfall and trying to change things.
With over $500 million of cuts for UC this year alone, fees and tuition are continuously going up.
“You have to be okay with losing constantly,” said Cheng.

According to Cheng, being a Student Regent is like having a full-time job; Regents often work forty or more hours a week. But Student Regents receive certain benefits including waived tuition, reimbursement for travel to meetings, and an office at his or her home campus.

The application consists of three essays and a resume. Applications are reviewed by Regional Nominating Commissions and ten semifinalists are elected. Three rounds of interviews follow with different groups and ending with one student being interviewed special committee of four regents, including the outgoing student regents and the president of UCSA (University of California Student Association).

The deadline for the application is Thursday, February 17 and can be submitted online.

“This is an unparalleled experience for people interested in higher education, public policy or law”, said Mireles.