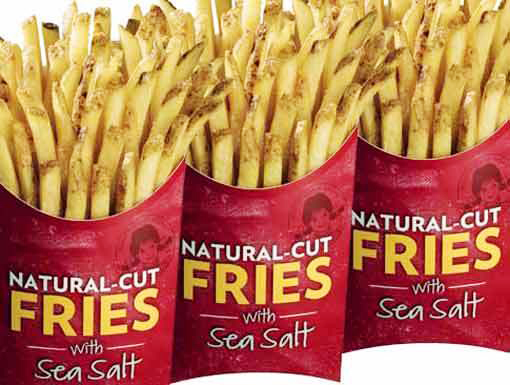 There are many advertisements in the media today marketing sea salt as superior to conventional table salt. But nutrition experts at UC Santa Barbara claim that sea salt has few health benefits in comparison to commercialized mining salt, although it may reduce negative environmental impacts.

The current obesity problem in America suggests that using sea salt as a lower sodium alternative to regular salt may make a meaningful contribution to weight loss.

When referring to high sodium intake diets in the U.S., Gilbert agreed that sea salt may be a healthier choice.
“Personally, I think [the switch to sea salt] is a good idea for most people,” said Gilbert.

But the difference between sea salt and table salt is minimal with more hype surrounding the marketing aspect of sea salt than is really needed.

“Part of the reason we use iodized salt in the past was for iodine deficiency, but it is hard to tell if there is still the same deficiency,” said UCSB Student Health Nutritionist Betsy Reynolds.

Reynolds said iodine is added to many foods regulated by the FDA, making it hard to see where the population is getting its source of iodine.

Both Gilbert and Reynolds agree that there are not many other differences between the two types of salt.

“Sodium-chloride is sodium-chloride,” said Gilbert, adding that it is simply a chemical bond with very few differences until you bring in the factor of iodine fortification.

“A salt like Morton’s, which is just table salt, is fortified with iodine,” said Gilbert. “The difference with this and sea salt is location. There are the salt beds [on the coast] and there are salt flats, like the Salt Lake.”

One restaurant that advertises its use of sea salt as a positive marketing strategy is Wendy’s. With a location on campus, Wendy’s’ switch to sea salt could be pertinent to the dietary health of many UCSB students.

“I’ve heard that it is a good mineral for you. I haven’t noticed that it is good to eat, but I have seen that spas use sea salt for mineral baths and it’s good for your skin,” said Danielle Birresborn, a UCSB second-year History of Public Policy major.
With sea salt beds located just off the coast in shallow water, where the salt can be trapped and the sun can evaporate the surrounding water, there may be a potential danger for serious environmental impacts.

“Environmentally, [sea salt collection] can be a low-impact operation, although we manage to find ways to increase the impact, what with trucking loads long distances or speeding up the evaporation process by using fossil fuel-based energy,” said UCSB Ecotoxicology Professor Helene Gardner.

Gardner also explained the different ways of mining the two types of salt.

“Mining the mineral halite from underground terrestrial locations can be done by dissolving the salt and pumping it out through a well or [by using] typical room-and-pillar hard rock mining techniques that use big, gas-guzzling pieces of equipment and does significant environmental damage,” she said. “For my money, sea salt is more environmentally-friendly.”

But Gardner remains moderately worried about the contamination effects the ocean plays on sea salt.

“Since we use the ocean as a dump for almost everything from radioactive waste to industrial waste to sewage to municipal garbage, I’m concerned about the contamination of sea salt with substances we’d really rather not eat,” said Garner. “Radioactive waste has been dumped deep in the oceans, while sea water that is used for sea salt production tends to come from shallow locations, so the amount of radioactivity in sea salt is probably low. “

Overall the choice is left up to the consumer. For people getting a lot of salt in their diet, the switch to sea salt could be beneficial. On the other hand, for people who don’t follow a high sodium diet, the choice of salt seems to make little difference.
“Salt from terrestrial salt mines is not likely to be contaminated from any of the above sources with any of the above substances, so I’d prefer terrestrial sources for my own consumption,” stated Gardner. “Having said that though, I consume very little salt, so the amount of any contaminant I—or any other low salt consumer—may pick up from salt is very, very small.”