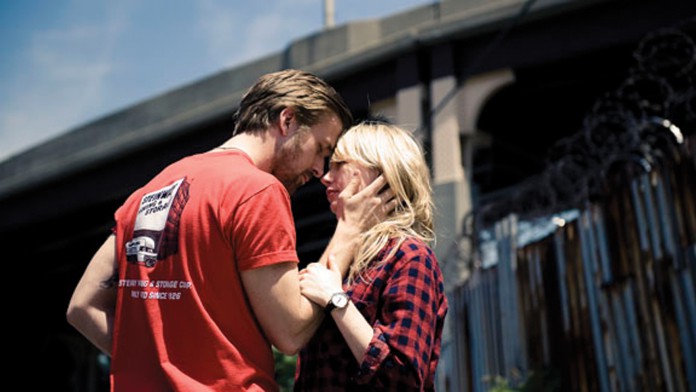 Among other movies like No Strings Attached and Just Go With It, this season’s indie film, Blue Valentine, exposes a darker underbelly of romance on the big screen.
Starring Ryan Gosling (The Notebook) and Michelle Williams (Brokeback Mountain) as the newest star-crossed duo in the canon of love stories, the film alternates between the present and the past, exploring the collapse of a modern marriage and the tenderness that brought the two together in the first place.

The film is a portrait of incompatibility. Gosling plays Dean, a talented musician and housepainter, and Williams plays Cindy, a nurse at a local hospital. The two have a daughter, Frankie, played by Faith Wladyka. As the movie commences, Frankie seems to be the only thread holding the unstable couple together. As the film continues, it becomes clear that over the years, Dean has failed to grow up and Cindy has grown apart from him.

Blue Valentine only covers two days from Dean and Cindy’s present, interweaved with flashbacks and memories of how they fell in love. The two take a much-needed pause in their listless relationship to enjoy a night to themselves and retreat to a motel with an over-the- top “future room.” Amidst spaceship décor, like something out of a 1980s science fiction movie, they try sparking old passion.

Meanwhile, in the flashbacks to the past, their chemistry buzzes as they meet for the first time. Dean is single and working as a mover, and Cindy is coming out of a nasty breakup. Dean runs into Cindy at a retirement home where Cindy’s grandmother lives. The young pair’s brief flirting teems with optimism and their encounter results in a first date.

During the date, in one of the more heartfelt scenes of the movie, the two improvise a little act on an empty storefront while talking of hidden talents. Gosling sings a “goofy” version of “You Always Hurt the One You Love” with his ukulele and Williams stages a sheepish tap dance to the rhythm.

The rift between the past and the present never closes in director Derek Cianfrance’s script. We see nothing of the years in between and can only imagine the struggles and arguments they face. In the idealization of their past, their falling in love is almost mythologized. Meanwhile, in the present, their night to themselves takes a turn for the worse. We want to identify with them as they fall in love, we want them to pull through, but their steady defeat is difficult to observe. The film raises many questions about lasting love.
“How can you trust your feelings if they disappear?” Cindy asks.

Ultimately, the film deals with the incurability of lost hope. How do you create love where nothing exists anymore? The depth of character and the emotion brought by the actors to the story makes this film a challenging, yet absorbing watch.

Everything from the talented performances to the soundtrack and direction is exceptional.

Provided you are adequately equipped for heartbreak, this film is a must-see.