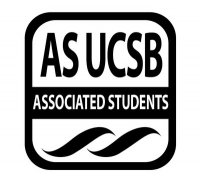 Finance Board is the division of Associated Students responsible for allocating yearly budgets to A.S. Boards, Commissions, and Committees (BCCs). They also divvy up over half a million dollars throughout the school year to groups requesting additional funds.

Lieberknecht, a fourth-year Communication and Feminist Studies double major, has served on Finance Board as a general member since the Spring Quarter of 2010. She was later promoted to Vice Chair, and just recently received her current position.

Lieberknecht says it is not common for people to sit on the Board for only two quarters before taking such a leadership position.

She first attended meetings for the Board in Winter Quarter of 2010 as a proxy, sitting in for others who needed to miss the meetings. In spring of the same year, a few members graduated early and she was appointed to the Board.

Apparcio’s departure left a vacancy on the Board, but A.S. Committee on Committees had already been in the process of hiring a new member for a different opening since the beginning of fall quarter. This allowed them to add two students to the Board at the same time: Alexandra Onodera and Tyler Smith.

There are currently 12 general members on the Board, as well as a Vice Chair, a Chair, and four representatives from Legislative Council. In addition, the A.S. President and Internal Vice President share a vote on the Board.

Lieberknecht says her promotion came as a complete surprise. She recalls that in her interview for Vice Chair, Committee on Committees asked her if she would take the Chair position should Josue Apparcio not be able to fulfill his duties.

“I gave Josue a look and said, ‘Yeah, but that’s not going to happen, now is it?’ But when someone resigns, you kind of just step up and do it,” said Lieberknecht.

Jason Lopez, a second-year Finance Board member who has been sitting in on meetings for three years, feels confident about Lieberknecht’s ability as Chair.

“She’s been able to adjust well. Before, she was still an integral part of the board, so the shift [of chairs] won’t affect too much,” he said.

With two new members to a Board that handles this much money, inexperience could literally be costly, but Lopez doesn’t feel the two new members will set the Board back.

“If anything I think they will help. They are both very knowledgeable about the legal codes and regulations and that will really help the board,” he said.

Finance Board member James Hawkins, a fourth-year Political Science and Environmental Studies double major, noted that due to circumstances, the Board had to push back deadlines for other BCCs to submit their budget requests for the following year.

But this was also related to the recent change in the Board’s advisors. Cindy Lopez and Jose Raygoza now share the role.

Lieberknecht mentioned that being Chair instead of Vice Chair is not necessarily more of a time commitment, but perhaps more mental stress.

“In the legal code, it’s only an hour more, but I will be the one who is contacted every time something happens,” she said.

In addition to sitting on Finance Board, Lieberknecht is one of the Student Managers at Nicolleti’s and Chair of University Center Governance Board.