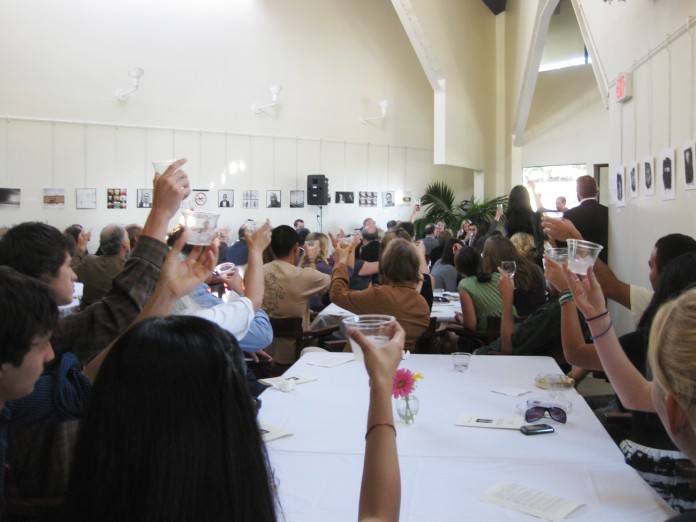 Environmental Studies Professor William R. Freudenberg was commemorated at a public service at the UCSB Faculty Club on Saturday, January 22, 2011. Freudenberg passed away in late December of last year due to cancer of the bile duct.
The Faculty Club was filled to capacity with Professor Freudenberg’s family, friends, colleagues, and students, who took turns reflecting on Freudenberg’s life and accomplishments during an open-microphone portion of the event. In a speech to the crowd, UCSB Chancellor Henry Yang called Freudenberg “the most fabulous teacher on the planet,” and said that UCSB would never be the same without him.

One of his most influential theories—the Double Diversion Theory—asserts that most environmental damage is caused by a small group of powerful interests, rather than by individual consumers. Freudenberg encouraged his students to challenge these “negative organizational factors,” reminding them in his lectures to never forget that a small group of thoughtful, committed citizens can change the world.

Freudenberg taught at UCSB for nine years, and he continued to teach and write during his two-year battle with cancer.
Last year, he co-authored and published Blowout in the Gulf: The BP Oil Spill Disaster and the Future of Energy in America, which examined the sociopolitical causes and implications of the BP spill. He also co-authored a book about Hurricane Katrina in 2009, in which he argued that the Katrina disaster was caused in large part by powerful corporate interests and corrupt political decisions.
In a brief speech to the crowd at the Saturday memorial, Joshua Schimel, the Chair of the UCSB Environmental Studies Program, spoke about Freudenberg’s intense passion for his work. Schimel noted that Freudenberg was often characterized as “a force of nature” because of his strong convictions and controversial arguments.

“But he was not a force of nature,” Schimel said. “He was a force of humanity. He loved his family, he loved his students, he loved the world—and that is why he fought so hard to protect it.”

During the public comment portion of the event, several of Freudenberg’s former students stepped forward to say that Freudenberg had profoundly influenced the directions their lives had taken.

“He would encourage all of us to seek positions of power,” said one of Freudenberg’s former students and research assistants, Violetta Muselli. “He believed that all of us have the potential to enact positive systemic change.”

Many of Freudenberg’s colleagues in the Environmental Studies department also said that Freudenberg had been a great inspiration, and many lauded his efforts to unite several different segments of academia, from sciences to humanities, with the study of the environment.

Members of Freudenberg’s family also spoke about his life and legacy, including his wife and ten-year-old son.
The flag on campus was at half-mast for the day, in remembrance of Professor Freudenberg.