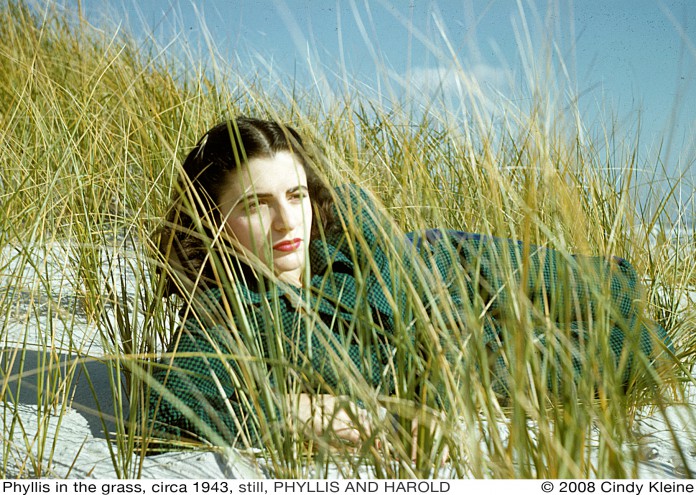 Phyllis and Harold is a one-of-a-kind film that allows the viewer to take a straightforward look into a wrecked 59-year-old marriage. Director Cindy Kleine made the documentary to show the debacle in what was her parents’ marriage.

Through a montage of old homemade films and photos, which Kleine called a “treasure trove” of a collection, Kleine was able to show the audience the true, passionless marriage of her parents from courtship to retirement.

The very old- fashioned couple is comprised of Harold, a practical-minded Jewish dentist, and Phyllis, who Kleine described as a very “larger than life character.”

The documentary begins with the married couple at an old age answering questions separately while Kleine records the very different answers. The questions, which all revolve around the couple’s happiness as well as their love for each other, illuminate Harold’s happiness throughout the 59 years and Phyllis’s discontent.

As the film delves deeper into this odd marriage, the audience discovers that Phyllis had a lover from the time of her marriage until the time prior to the birth of her children. Phyllis never forgets this love affair, which she rekindles later in her seventies. While Harold was her life, her heart always belonged to the person she could never fully be with.

This indie documentary, which was not released until after Phyllis and Harold’s deaths, pokes holes in the epitome of an old-fashioned marriage, a type of marriage that so often appears to be too good to be true. It seems so improbable that two people could be together for almost 60 years and not really care for each other.

Harold did love Phyllis, but he was really just an old-fashioned man who seemed to want to get married to someone just to be married prior to going to war. Phyllis, who Kleine said was extremely gregarious, was never in love with Harold but stayed with him because during that time period, people got married and stayed married. When asked if there was ever a time when Phyllis ever loved Harold, Klein immediately responded with a “no.”

In contemporary society, where over 50 percent of marriages end in divorce, this couple almost certainly would have been estranged.
Kleine waited until she was 39 years of age to get married to avoid landing in the same predicament as her parents.
“The greatest thing I did was wait,” she said. “I did not want to end up like my parents so I waited until I found someone special.”
After the film, as I stood up in awe, I looked around to see the rest of the audience’s reaction. To my surprise, I was surrounded by senior citizens rather than students.

Nevertheless they seemed mesmerized by the film.

One couple, Jane and Fred Sweeney, local natives to Santa Barbara, said the film was remarkable and extremely well done.
Kleine, who was puzzled by the lack of students attending her film, ended with a word of advice.

“Be aware that life is really short. The decisions you make are important, so make sure they’re the right ones,” she said.