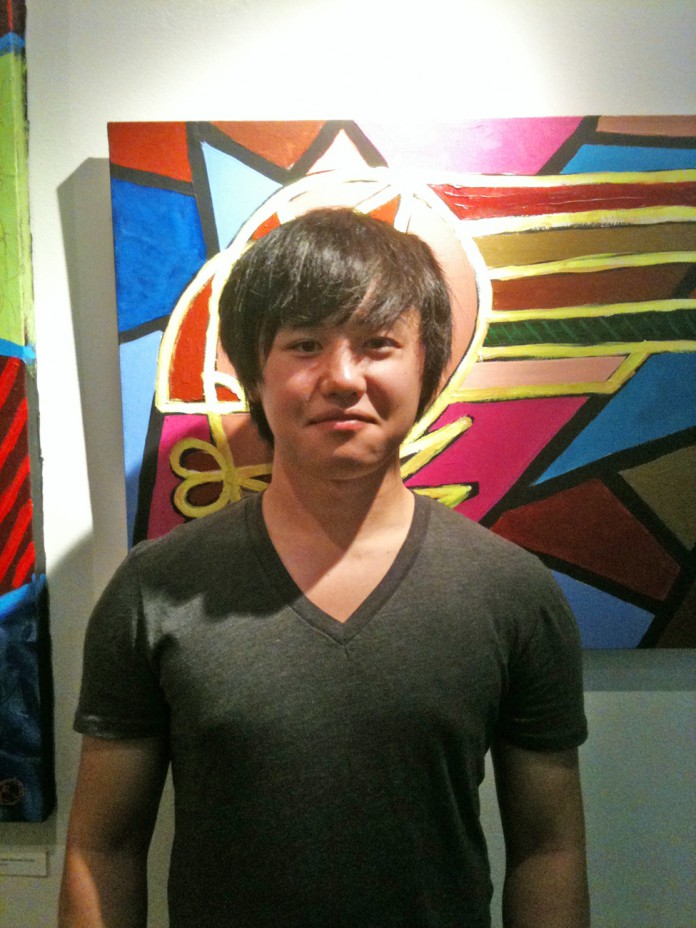 The Multicultural Center put on a program that opened the audience’s eyes to the racial stereotypes portrayed in Hollywood films in addition to the unfair treatment that minority actors receive backstage. The program was held on Tuesday, January 18.
Bee Vang, actor and second-year student at Brown University, and Dr. Louisa Schein, Hmong media expert, discussed the truth of what happened behind the scenes of the movie Gran Torino.

Clint Eastwood’s Gran Torino is about a racist old man named Walt who overcomes his prejudice by helping his teenager neighbor Thao. Thao is part of the Hmong community, a small ethnic Asian group.

Though many of the people who have seen the film may have gotten a sense of satisfaction and joy from seeing that Walt overcame his racism, the people who acted as the Hmong members in the movie did not. They were offended by the traces of racism that were included in the movie and that they experienced themselves on set.

Vang, who played Thao in the film, said he and the other Hmong actors were treated unfairly. Eastwood would not allow them to tweak their lines (even though he claimed that he did allow them to when asked in interviews following the release of the movie) and would not give them any tips on character building.

The actors felt degraded when they were told to “make noise” by rambling words in their language. The Hmong actors were also left out by their fellow cast members who were white.

The cast members excluded them from cast events because they immediately assumed that Hmong actors were exactly like their character counterparts—unable to speak English clearly or to understand anything “American.”

Vang also mentioned that he was upset by the way the Hmongs were portrayed in the film. He did not want the Hmong community—his own community—to be seen in a negative light by the audience. He pointed out that tea ceremonies were not performed correctly, that some of their important political lines in the script were not subtitled into English, and that these inaccuracies led to misconceptions of the community.

UCSB first-year Jen Greenfield was surprised to hear about these truths.

“When I first saw Gran Torino, I thought that it was really good because I didn’t know about the whole background,” she said. “This discussion has made me realize that I do approach things with a white supremacy point of view. It was interesting to hear a different perspective.”
The movie itself contained many racial slurs about Asians that the speakers found insulting.

In the scene in which Walt takes Thao to his friend’s barber shop, Thao is called names such as “pussy kid,” “dick smoking Guk head” and “chink.” These degrading words imply that Asians are feminine and homosexual.

Vang explained that he accepted this role because he wanted to make changes to the script in order to get his view across that this discrimination was wrong.

“When I read the script, I thought that it was messed up,” he said. “I wanted to get the part and do something about it, but when I got there, I couldn’t.”

Unfortunately, no one can do much about the stereotypes because they go beyond Gran Torino.

The speakers note that many movies in which the original characters are supposed to be played by Asians are played by white people. These stereotypes are shown in movies so often that viewers may not even notice them or take them seriously.

“People pretend that they are in a society past racism, but that is not the case,” Janau said. “A lot of these stereotypes exist, but they are not acknowledged enough. It’s there all the time but there is a lot of resistance.”

In order to stop these racial stereotypes from being portrayed in movies, Vang and Schein propose that minority directors should get behind the camera and make movies to expose Hollywood, using the master’s tool against the master. They also suggest that people should speak out, both individually and in groups.

Vang wrote and directed his own parody of the barber scene in order to portray the stupidity of stereotypes. His spoof, which is on YouTube, switches the roles of Walt and Thao to exaggerate how ridiculous the situation is and to show that a dominant person cannot have power without having someone to oppress.

Schein thinks that videos like these are a good way to speak out against the media.

“Spoofs are effective even though they’ll take a long time to circulate through YouTube and create political intervention,” she said.
On the other hand, East Asian Studies Professor Mayfair Yang believes that speaking up in groups rather than by oneself would be a better way to get the message across.

“Each one of us has the opportunity to speak up. If we speak up together in organized groups, we can make a better difference over time,” said Yang.

MCC associate director Viviana Marsano, who is in charge of planning the MCC’s various events, was incredibly enthusiastic about providing this particular program.

“The content of this workshop is exactly what the MCC is about—breaking the stereotypes of colored communities and addressing the issues of sexuality and gender. It fulfills the mission of the MCC,” she said.