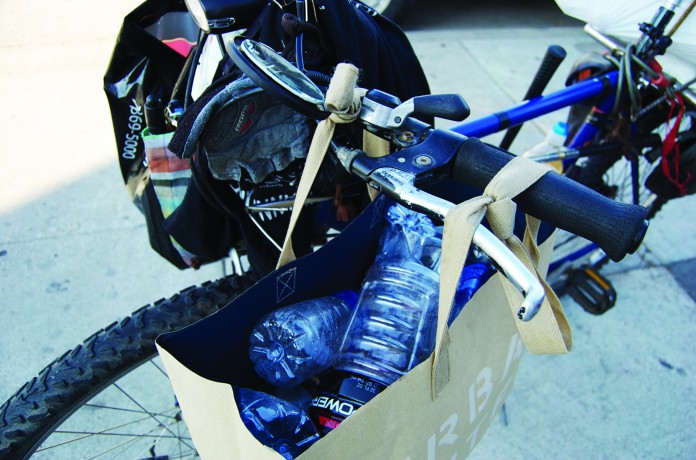 Seeing families and individuals collecting cans is a common sight Isla Vista. But this act is now prohibited and punishable by fine.
Fines for gathering cans are detrimental to those who depend on that money as an essential source of income. But these individuals are not the prime targets of the ordinance. Associated Students is working with representatives of Doreen Farr’s office and local law enforcers to alter the policy or to work around it as a way to avoid punishing the families.

The Solid Waste Services Ordinance mandates execution of law enforcement. The Board of Supervisors approved the ordinance in 1995 and amended it in 2006. This ordinance states that once a recyclable has been inserted into a designated recycling collection location, the recyclable becomes the property of the authorized recycling contractor. Consequently, the violation of the SWSO results in a maximum fine of $100 for the first violation, a maximum of $200 for a second violation within one year, and a maximum of $500 for each additional violation within one year.

A hefty fine for removing cans, the SWSO had different intentions than merely impeding can collecting.

“This ordinance was a way to prevent students from removing pieces of furniture from garbage bins and setting them on fire in the streets,” said A.S. President Paul Monge-Rodriguez. “However, this policy has it so that no items may be removed from bins, including cans.”

This countywide ordinance discourages individuals from rummaging through recycling bins, but many members of the Isla Vista community depend on the recycling money and continue to delve through recycling bins for a living, regardless of the ordinance.
“I’ve heard that it’s illegal but I need money,” said an unnamed source who has been living in IV for 25 years. “I was injured so I can’t work anymore. I’ve been trying to get another job, but for now, I collect cans every day.”

There has been debate about the moral implications of the ordinance.

“There has been a strong discourse on the criminalization of these folks because of the ‘health hazards’ without the deeper context of poverty being a health hazard as well,” said Armando Carmona, a fourth-year UCSB student and Commissioner of Facilities and Development who works in Monge-Rodriguez’s office.

Some contend that criminalization of impoverished families disregards the issue of poverty within the community.
“In order to try to address this issue, we need to do more research,” said Carmona. “And then see how we can work with [the police force and authorized contractors] to work around the policies.

But the police force is not the greatest concern for can collectors.

“From our understanding, although the policy does exist, local law enforcement are not overly strict on punishing families who they do find collecting cans,” said Monge-Rodriguez.

IV Foot Patrol’s Lieutenant Ray Vuillemainroy confirmed Monge-Rodriguez’s observation.
“We haven’t been taking a strong stance in the last several months. There are times when enforcement is not taken and other times when we are tougher,” he said. “It’s [at] the deputy’s discretion whether or not to take action depending on the complaints and leads we get on certain crimes.”

Representatives from Doreen Farr’s office indicated that a policy change would be a slow course of action and would go through a process of approvals as considered a priority.

With further research on the criminalization of the poor and disabled, A.S. will address this issue and acknowledge the community members without imposing projects that will critically affect the community.