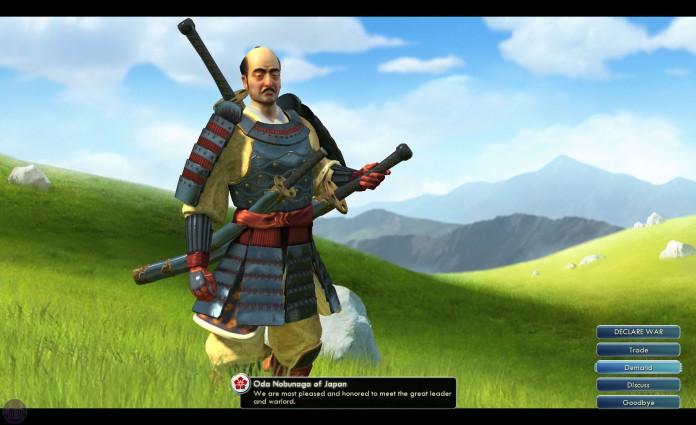 It’s ten minutes to closing time at the local electronics wholesaler, and I’m hectically filling my cart with parts for a desktop computer. The plan is to return every item once cheaper parts arrive from the Internet wholesaler. There is no more room in the cart and my week-old student loan will be fully depleted in a minute; everything is riding on success here. A final itinerary: two hard drives and motherboards? Check. Necessary software? Check. Three of everything else for assurance of compatibility? Of course.

As I leave the store I’m relieved. Granted I will have no food money until my next paycheck and I am now a confirmed tech fiend, but none of this affects me. The sun may be up before all is assembled, but for once I feel a truth deep in my heart: I will play Civilization 5 today.

I’m nearly done fantasizing about sailing across the globe to punish Bismarck’s treacherousness when suddenly I’m in-game ordering the troops and giving birth to my own Thousand Year Reich.

The first thing to notice in Civ. 5 is how much the designers cranked up the graphics and animations. The normal starting units, warrior and settler, are the same as Civ. 4 and they feel the same despite the new hexagonal tiles. Still, something weird is giving me the creeps: each unit now contains eight soulless men and women who show as much detail as a Sims 3 character if the player zooms the camera.

I get so lost thinking I’m surely a soulless character in a hyper-dimensional videogame that I nearly forget to choose a tech tree. The techs are a bit different from Civ. 4 because the player is compelled toward different government types depending on which tech tree he or she works on. For example, the Civ. 5 player researches Police State rather than gaining the choice to use Police State from researching Fascism. However, these are minor changes and for now my civilization has no idea what police are.

Around turn three, I get my first Steam Achievement and wow it is lame. From this point on, Steam will be patting me on the back every time I talk to some new civilization or rob an ancient burial ground, but I get distracted again. The world of Civ. 5 feels larger and more real.

As I later find out, continents are more intelligently modeled than in Civ. 4 so that deserts feel like the Gobi and rocky coast feels like the Dalmatians. It’s a big aesthetic improvement to Civ. 4, where single desert tiles inexplicably appeared adjacent to large rivers and forests.

For a recovering Civ. 4 addict, this is all very bad news so far. No one really wanted Civ. 5 to be better than Civ. 4 and thankfully it’s not. Except perhaps in the modding community, the developers of Civ. 5 have taken a more gamey approach and, as Sid Meier himself said, “Civilization: Revolutions was as much an inspiration for Civ. 5 as Civ. 4 was.”

Few PC players even noticed Civilization: Revolutions, a console-only game that debased Civ. 4 strategy until it could be understood by any Xbox-savvy bonobo. Also, the new no-stacking combat tries to be too much like Rome: Total War or Hearts of Iron. In those games, hyper-compulsive attention to detail was rewarded, but in this more gamey Civilization it doesn’t make much sense.

Civ. 5 is laced with candy graphics and wimpy non-player characters, but on higher difficulty or online play it can be very fun for a few days. However, on the whole, it lacks the depth of strategy that kept Civ. 4 players locked in game-dungeons for days on end. The good news is that Civ. 5 will not ruin families and careers, so play on, you crazy Civer.