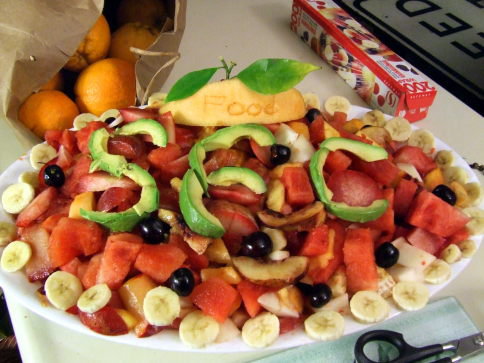 UC Santa Barbara has been pushing to be an environmentally friendly campus for decades. It boasts the largest number of “green” buildings in the UC system and scored 99 out of 100 on the Princeton Review’s Green College Honor Roll for 2011. The dining halls emphasize organic and sustainable ingredients, and more than half of the produce served is locally grown. But some students are pushing for more.

UCSB’s Student Food Collective emerged from efforts by the Associated Students’ Environmental Affairs Board over the summer.  The idea for a food collective started at UC Berkeley and now a small, but growing, group of eco-minded students wish to replicate their plan at UCSB and start a cooperatively run food cart.

Andrew Chang, a fourth-year Environmental Studies major and co-chair of the group, expressed his wish to educate students while providing healthier options.

“The Student Food Collective wants to empower students to be actively involved in the campus food system,” Chang said.

He also said that students should have a voice in what food should be served.

According to Chang, UCSB students formed the new Office of Student Life group because of the need to fundraise, which can’t be done within an Associated Students entity like EAB. Nonetheless, the group includes many EAB members and is possibly looking to institutionalize the business under AS in the future.

The Student Food Collective aims high but acknowledges some obstacles to tackle before the planned opening of the food cart in the fall of 2011. The biggest challenge is finding a physical location for the cart, Chang said. Also, there are difficulties with securing a commercial kitchen, staffing the cart, and raising funds for the project.

Additionally, there may be some contention between UCSB’s Student Food Collective and the Isla Vista Food Cooperative. Although the two groups share the same vision of sustainable food choices, two similar businesses in such close proximity could hurt Isla Vista Co-op’s business.

“Our tentative plan is to work in a partnership with the Isla Vista Food Co-op,” Chang said. “While that partnership has not been decisively laid out, we are working with Melissa Cohen [Co-op store manager] to figure out a way that we can be synergistic, as our missions are definitely aligned.”

The group has already found plenty of support on campus from several UCSB faculty members.

David Cleveland, an Environmental Studies professor and the club’s advisor, specializes in the diversity and sustainability of the agricultural system.  He expressed his support of the new club’s mission.

“I want to support students who have dedication and passion towards making a better food system,” he said after giving a presentation in Corwin Pavilion about Santa Barbara County’s food and agricultural system.

Chang also said that there are other professors already interested in supporting the new environmental group.

“LeeAnne Kryder, in the writing department, has expressed her support, and Constance Penley in the film department tried to start a cafe a few years ago and is interested in us taking on a similar project.”

Despite the challenges ahead, members of the Student Food Collective are incredibly energized about the very real possibility of such an eco-friendly lunch cart on campus.