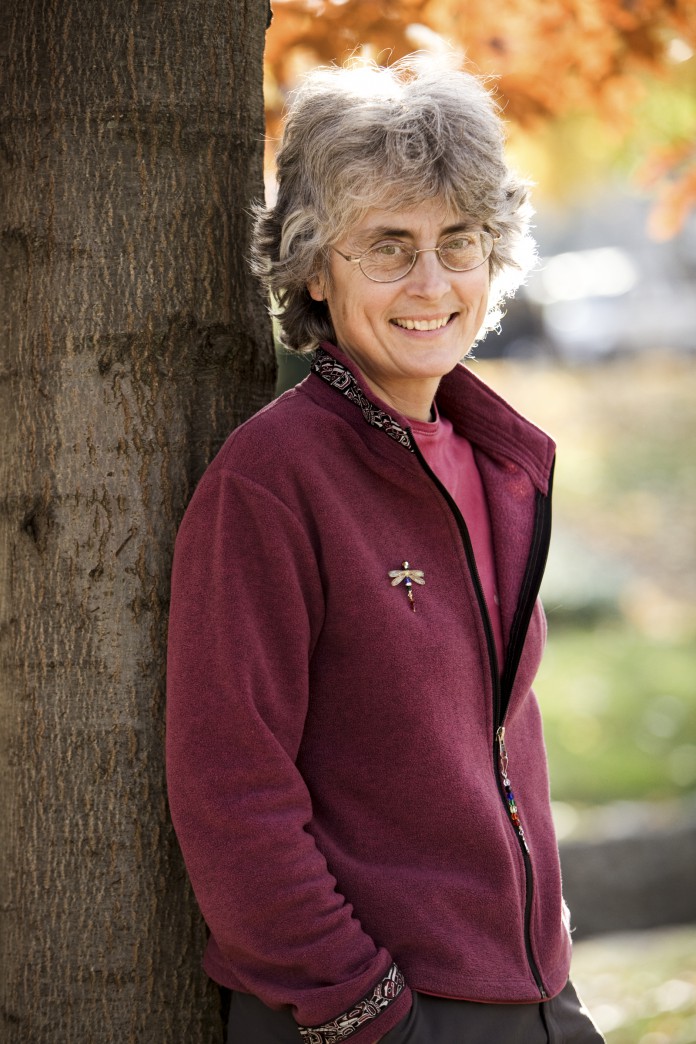 Marine toxicologist and author Riki Ott spoke at the Bren School of Environmental Science and Management about the harsh reality of the Gulf oil spill on Tuesday, October 12.  Ott said that although the well is plugged, the disaster is far from over.

Ott presented to a packed lecture hall filled with students, faculty, and activists, relaying her past experiences of the Exxon Valdez spill off the coast of Alaska in 1989, and the similar situation in the Gulf today. Her presentation, “From Exxon Valdez to BP’s Gulf Disaster: Changing the Endgame,” emphasized the failure of the federal government to hold corporations accountable and the government’s rapid push to cover up the damage in order to continue the nation’s dependency on oil.

The colloqium was intended to educate the community about what Ott refers to as the “endgame,” or the way in which corporations continuously evade their responsibilities to the affected communities and the nation as a whole.

Ott was a commercial fisher in Alaska when the Exxon disaster occurred. She explained that the spill, as well as the disappointing clean-up by the government and oil company, lead her to take action and speak up about environmental justice.

After Exxon Valdez she asked herself, “I know enough to make a difference—do I care enough? This [then] became my life work.”

For twenty-one years she has been actively calling for the need to reduce our dependence on oil, and for better accountability in politics. In 2010, Ott moved close to the recent oil spill, spending five months cleaning (although she notes this is a euphemism, as the ocean and beaches will never be fully restored), listening to locals who were affected, and uncovering BP’s attempts to suppress public health concerns related to the spill.

Quentin Gee, a graduate student in UCSB’s Philosophy department, has worked with Riki Ott before on her efforts to hold corporations accountable for their actions.

“BP and Exxon have been able to muddy the regulatory waters and exercise rights that prevented justice for the people who were harmed,” Gee said.

Referring to Ott’s work in Prince William Sound, Gee noted that Exxon was told to pay a five billion dollar settlement to the people in Alaska, but eventually whittled it down to 250 million.

Gee also said that in both oil spills, the underlying problem has to do with corporate personhood, the legal doctrine that states that corporations count as people under the law, and are therefore granted First Amendment rights.

“It doesn’t matter who’s in politics now, Bush or Obama. It’s all being controlled by corporate money,” Gee said.

Gee has worked with Ott on the Move To Amend campaign, which aims at abolishing corporate personhood through a constitutional amendment.

In her talk, Ott also focused on the many health issues linked with not only to oil, but to the chemicals used to disperse it as well. Slide after slide, she showed pictures of rashes, cysts, and skin diseases afflicting the residents of the Gulf—evidence of both the oil and the dispersants’ toxicity.

Ott said that a huge concern is the fact that doctors are not willing to see some afflicted patients, even though their ailments are related to the oil spill, “because they don’t want to challenge the petrochemical industry.” She said that the doctors feel like they can’t compete with the corporation’s political clout.

Gail Osherenko, a lecturer for both the Bren School and the Environmental Studies department as well as a researcher for the Marine Science Institute, was influential in bringing Ott to UCSB. She said that students should have a keen interest in Ott’s work because of the relevance to Santa Barbara, as this stretch of coastline has the most oil rigs and is therefore at the highest risk of a spill.

Coastal Fund also played a part in bringing the speaker to campus. Danni Storz, a Graduate Representative for the organization, said the Coastal Fund wanted to get involved with the event “because it fell into our mission statement to bring education to students.”

The Coastal Fund provided Ott’s stipend and the money for a cameraman, so a video of the lecture will soon be online for anyone who wishes to view it.