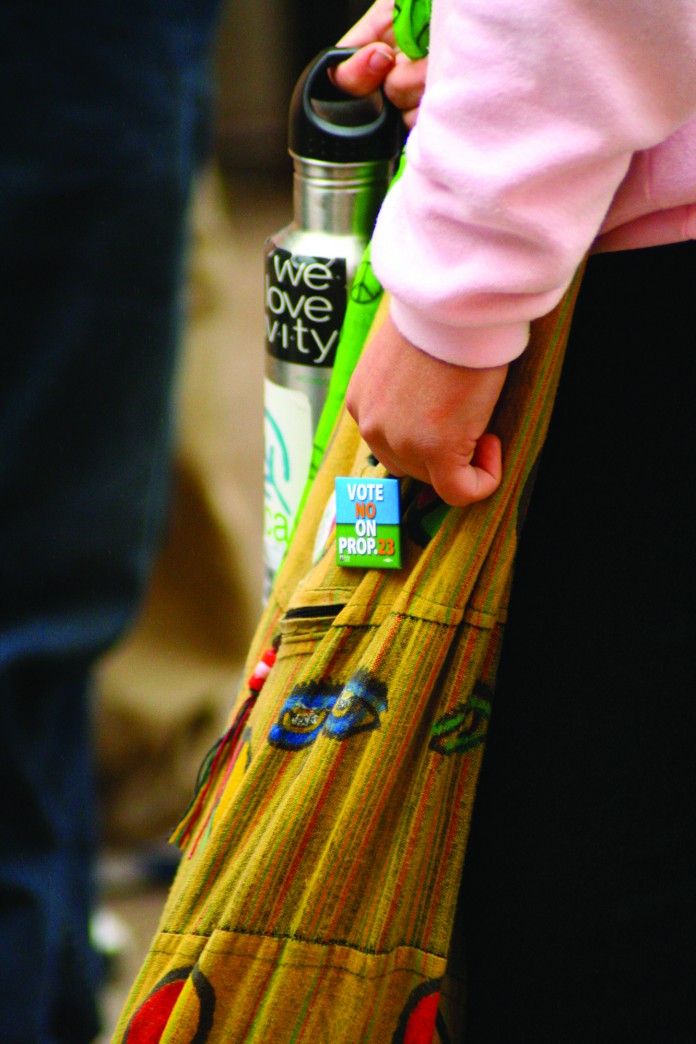 Recently, UCSB students had the opportunity to meet and share ideas with roughly 200 student-environmentalists from across the state of California. These students gathered at UCSB for the ninth biannual California Student Sustainability Coalition Convergence during the weekend of October 17.

The two-day convergence, which was organized by students from UCSB’s Environmental Affairs Board, featured speakers, student-led workshops, organic food, and the opportunity to network with students from over 26 different campuses.

UCSB, which recently made the Princeton Review’s 2011 “Green Rating Honor Roll” as one of the most sustainable campuses in the nation, bid to host the event and set the standard for future events.

The conference allowed UCSB students to share their ideas and their environmental achievements as well as highlight the projects already successfully implemented on campus.  Members of the EAB offered educational workshops on such topics as, “Environmental Justice – Overview and Discussion,” and “Carrot Mob: A Great Idea for Sustainable Business.”

“I had heard that UCSB had a lot of enthusiasm and funding for sustainability projects, and I wanted to see what they were working on,” he said. “It was definitely worth the drive, I got a lot of good ideas about projects to bring home to Chico.”

Students from UCLA indicated that they hoped to model their environmental organization after UCSB’s EAB.

Evanne St. Charles, the campus affairs chair for UCSB’s EAB and an intern for PACES, the campus green building organization, encourages other colleges to take action.

“UCSB can teach others that no project is impossible, as long as you have the passion and dedication behind it,” said St. Charles.

Projects-such as The Real Food Challenge, a campaign to increase the amount of healthy, sustainable, and equitable food served on campus, and The Cooperative Food Empowerment Directive, a group focused on starting a student-run food co-op on campus-have begun at UCSB just from the brainstorming at a CSSC convergence.

Also in attendance at the conference was Congresswoman Lois Capps.  She announced her appreciation for UCSB’s commitment to sustainability, and pledged to push for more environmental protection if reelected in November.

“How many people in the room have been arrested for trying to enact progressive change?” Cobb asked at one point in his speech.

When four hands shot up, he nodded in approval.

UCSB is a front runner in the promotion of environmental sustainability.

“From our progressive standards around green building practices to our efforts in the dining commons, UCSB encompasses the entire sustainability spectrum,” St. Charles said. “Because UCSB is so progressive, we always have new and exciting projects to share and resources to offer other campuses.”

Those in attendance at the conference support bringing together students to discuss environmental issues.

“This convergence is important because it provides a forum for student environmentalists throughout the state,” said Quentin Gee, one of the organizers for the event, and the chair of the board of the California Student Sustainability Coalition.

“These CSSC convergences provide not just education and the spread of ideas, but a sense of solidarity,” said Gee. “It’s a chance for students who are involved on their own campuses with various environmental issues to know that we’re in it together.”